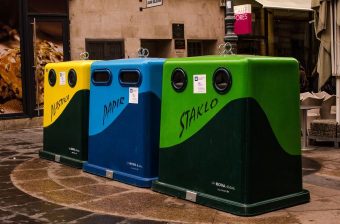 Scotland’s national household recycling rate reached 45.5% in 2016, with one council, East Renfrewshire, becoming the first Scottish council to break through the 60% mark, according to figures published today.

The news comes on the same day that Zero Waste Scotland published a report on how recycling helps fight climate change. The organization, which is funded to support delivery of the Scottish Government’s circular economy strategy and the European Circular Economy Stakeholder Platform, welcomed the announcement.

“It’s encouraging that Scotland’s recycling rate continues to grow and especially good to see some councils getting up to and even breaking the 60% mark, which is a fantastic achievement,” said Zero Waste Scotland Chief Executive, Iain Gulland.

“Overall we’d like to see more action being taken, especially in areas where recycling performance has slowed or fallen back. It’s vital that councils continue to invest in high-quality recycling services, including educating local residents, if we are to reach national targets. At times of stretched budgets, it makes little sense to pay millions of pounds to landfill materials which could have been recycled.”

Key findings of the report, which covers the years 2014-15, include:

• The carbon impacts of Scotland’s waste have fallen every year between 2011 and 2015, and 26% overall, thanks to increased recycling, and reduced use of landfill.

• The five most carbon-intensive waste materials make up just 6% of Scotland’s waste by weight, but nearly a third of associated carbon impacts.

Iain Gulland added: “Our ground-breaking carbon metric shows that recycling continues to have an important part to play in the fight against climate change. If Scottish households recycled just 10% more of their waste, we would save over 148 thousand tonnes of CO2e, the equivalent of over 22,000 flights around the world.”

“This should be a tonic to those who do all they can to reduce and recycle waste and it should encourage others to do strive to do more. Reducing or recycling food waste and re-using our old clothes and textiles are actions that have a big environmental benefit. It’s important during national Recycle Week that we all take the chance to see what more we can do.”