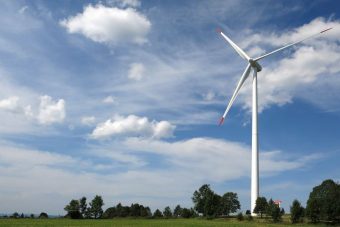 When it comes to the latest wind turbine technologies, size matters. A group of six institutions and universities is designing an offshore wind turbine that will stand 500 meters in height. That’s taller than the Eiffel Tower and the Empire State Building.

The research team, led by researchers at the University of Virginia, believes that its wind turbine concept will produce 50 megawatts of peak power, or about 10 times more powerful than conventional wind turbines.

“Our mission is to conceptualize, design and demonstrate morphing technologies for 50-megawatt wind turbines that can reduce offshore levelized cost of energy by as much as 50 percent by 2025,” they state.

A typical wind turbine stands around 70 meters tall with blades about 50 meters long. But the team’s Segmented Ultralight Morphing Rotor dwarfs the field with rotor blades that are 200 meters long, or as long as two football fields.

“We call it the extreme scale,” aerospace engineer and University of Virginia professor Eric Loth told Digital Trends. “There’s nothing like it.” The project is funded by the U.S. Department of Energy’s Advanced Research Projects Agency.

Digital Trends reports the blades will face downward and can be assembled in small segments, making it easier to manufacture, transport and put together on site.

Loth added that the blades will also be adjustable, meaning they can fan out during peak wind conditions and contract if weather conditions are damaging.

“Like a flower, the petals are spread out, and we reach out and grab as much wind as we can,” he said.

As Loth explained to Scientific American, these mega turbines will be more cost-effective than existing turbines because wind blows stronger and more steadily at greater altitudes, allowing you to “capture more energy.” Furthermore, the long blades catch the wind more efficiently.

The team wants the massive structures to stand at least 80 kilometers offshore, where winds are usually to stronger and is far enough away to avoid the path of migratory birds.

The turbine’s design was inspired by palm trees, whose trunks bend with the wind.

“Palm trees are really tall but very lightweight structurally, and if the wind blows hard, the trunk can bend,” Loth said. “We’re trying to use the same concept—to design our wind turbines to have some flexibility, to bend and adapt to the flow.”

According to Scientific American, the prototype has yet to be tested. The researchers are currently designing the turbine’s structure and control system and will build a mini-model this summer that stands about two meters in diameter. They plan to test a larger turbine with 20-meter-long blades in Colorado next summer. 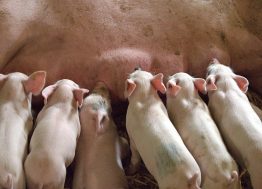 We Must Change Food Production to Save the World, Says... 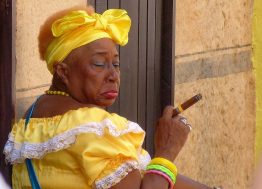