London-based Pivot Power unveiled plans to build the world’s first national network of grid-scale batteries and rapid-charge stations across the UK to accelerate electric vehicle (EV) adoption and to usher in low-carbon transport. 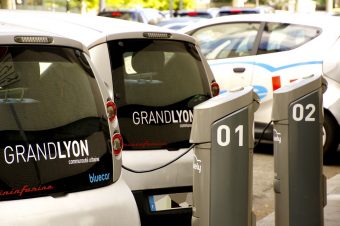 The ambitious £1.6 billion ($2.1 billion) initiative consists of 50-megawatt batteries constructed at 45 sites around the country and located near towns and major roads. The hubs will be installed at electricity sub-stations to help National Grid manage supply and demand.

Pivot Power aims to address the three major barriers to EV adoption identified by the country’s Department for Transport: Availability of chargers, range of a charge, and cost. The company says it will offer mass charging at competitive rates, which will also help lower the costs of EV ownership.

Britain intends to ban all new gasoline- and diesel-fueled vehicles by 2040, so it must ramp up its charging infrastructure to keep pace with electric car adoption. More EVs on the road will also bring more strain on the nation’s power grid.

“We expect the use of electric vehicles to grow rapidly,” said Graeme Cooper, National Grid project director for electric vehicles, in a statement. “This innovative solution will help accelerate adoption by providing a network of rapid charging stations across the country enabling cars to charge quickly, efficiently and as cost-effectively as possible.”

“It will also give the system operator more choice and flexibility for managing the demands in the day to day running of the network, and also help mass EV charging,” Cooper added.

The 2-gigawatt battery network will also be the world’s largest. The total capacity can store enough electricity to supply 235,000 average homes for a day, or about two thirds the power of the planned Hinkley C nuclear power plant, the company touted in a press release.

Pivot Power plans to have operational batteries at 10 sites in the next 18 months. A site on the south coast, pending planning approval, could be operational by the middle of 2019. These hubs can support various infrastructure, including public rapid charging stations, electric bus depots and bases for large transport fleets.

“We want to future-proof the UK’s energy system and accelerate the electric vehicle revolution, helping the UK to clean up its air and meet climate targets,” Pivot Power CEO Matt Allen said in a statement. “Big problems require big solutions, and we are moving fast to put in place a unique network to support a clean, affordable, secure energy system and embrace the low-carbon economy.”

Michael Liebreich, the founder of Bloomberg New Energy Finance, is an advisor and early investor in Pivot Power.

“Renewables, batteries and electric vehicles are going to completely transform our power system, not just because they help clean up our horrible air quality and meet our climate targets, but because their costs are falling far faster than people realize,” he stated.