In times of crisis, such as the one we are facing right now due to COVID-19, proper hygiene and access to clean water are crucial. Just as important is a set of measures that adequately addresses the challenges faced by society. This holds true for emergencies of public health as much as for other types of societal challenges and disasters.

While increased focus over the last few weeks and months has been placed on adequate protection from the pandemic, achieving long-term resilience requires a closer look at the numerous related challenges that affect ecosystem health and societal wellbeing across different regions. These challenges are often exacerbated by climate change. 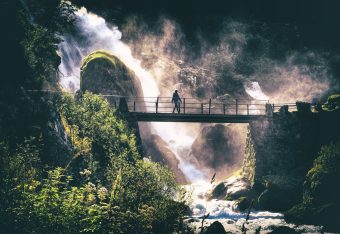 According to the European Environment Agency report on Climate change, impacts and vulnerabilities in Europe, south-eastern and southern Europe are considered highly prone to climate change effects. This means that the region faces the highest impact of climate change with a number of sectors and domains severely affected, including water resources and related ecosystems as well as water infrastructure.

Climate change projections for the Western Balkans indicate increases in extreme weather events over the next decades. Land use changes are predicted to be the dominant factor in determining water availability in the short-term, while the intensity of climate change is likely to become the principal factor over the long-term.

The International Panel on Climate Change (IPCC) also identified the Western Balkans as one of the most vulnerable areas in Europe.

The region will face rises in temperature larger than the European average, changes in precipitation patterns, leading to increased flood risk, extended periods of drought, soil erosion and forest fires. Climate change will most probably increase negative impacts, resulting in significant habitat, human and economic losses. The floods in 2014 demonstrated that the region is not prepared nor adequately equipped to deal with the increasing dangers posed by climate-related impacts. Although improvements in flood prevention and protection systems have been made since 2014, more recent flood events in 2019 and 2020 showed that more needs to be done to adequately address floods and related disasters. 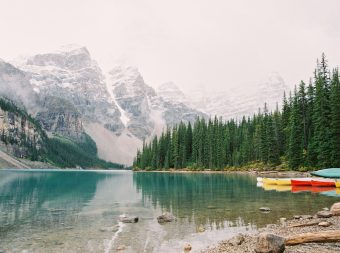 Rivers are considered one of the most productive ecosystems and important biodiversity areas and play a vital role in the life of humans providing key ecosystem goods and services.

The Aoos/Vjosa River in Greece and Albania, for example, is of regional and even European importance. However, this unparalleled resource of outstanding natural and social values is threatened by the construction of about 40 hydropower projects endangering the entire ecosystem. If these plans are materialised they will transform the water catchments into a chain of accumulation lakes, interrupting any natural river flow and biodiversity functions.

The project “Saving Europe’s last free flowing wild river – Vjosa/Aoos” is currently working towards the prevention of the devastating developments aiming also to designate the river catchments as a transboundary protected area.

Managing competing ecosystem and societal needs and priorities is a key challenge when balancing human wellbeing against ecosystem health and biodiversity conservation. A vision for conservation of biodiversity and ecosystem services in the Vjosa catchment area is being developed to enable the protection of critical freshwater ecosystems and at the same time support local communities’ livelihoods through safeguarding the provision of vital ecosystem services.