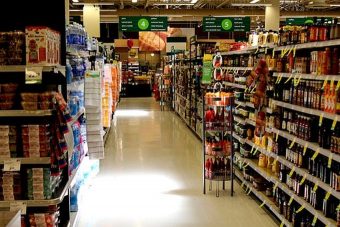 US supermarket giant Walmart is to install 40MWh of battery storage technology across selected supermarkets in Southern California after signing a deal with clean tech start-up Advanced Microgrid Solutions (AMS).

Under the initial phase of the agreement, San Francisco-based AMS will design, install and operate its ‘Hybrid Electric Building’ technology at 27 supermarkets for “no upfront cost” to Walmart, with the aim of improving energy efficiency and providing flexible grid support for local utilities.

As a member of the Science-Based Target initiative, Walmart is aiming to power 50 per cent of its global operations with renewable sources by 2025, and has so far installed onsite solar PV and other clean energy generation at 350 of its stores.

The drive towards renewables is part of Walmart’s overall target to reduce its greenhouse gas emissions by 18 per cent between 2015 and 2025, in line with global goals to keep temperature increases below 2C.

By bolstering its clean energy capacity with AMS battery storage systems, Walmart said it would be able to cut costs by permanently reducing each of the 27 store’s peak power demand.

It also said the technology would provide flexible grid support for Southern California Edison, one of the largest grid operators in the US.

Mark Vanderhelm, vice president for energy at Walmart, said cost efficiency was the hallmark of the retail giant’s brand. “Adding energy storage capabilities to our clean energy resources reduces the capacity needed from the grid and is part of our commitment to increase reliance on renewable energy,” he said.

Elsewhere in California, AMS is currently working with Australian investment bank Macquarie Group to develop 50MW of its storage systems at commercial and industrial sites in Los Angeles and Orange County over the next two years.