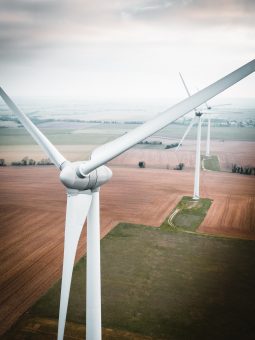 In China, Volkswagen Group increased the share of renewables powering its factories from 76 percent to 91 percent.

In total, eight production sites within the EU and two further sites outside the EU were completely converted to external supply with electricity from renewable energies in 2020. The three largest sites were the Audi plants in Győr, Hungary, and Neckarsulm, Germany, and the Volkswagen plant in Palmela, Portugal. Plants operated by Bugatti, Skoda, SITECH, MAN Truck&Bus and MAN Energy Solutions also converted to 100 percent renewable electricity in 2020.

The sites concerned are located in seven countries: Germany, Poland, the Czech Republic, Portugal, Austria, Mexico and the USA. This year, additional sites will be converted, including the SITECH sites in Germany and the MAN site in Oberhausen.

Globally, Volkswagen Group has much further to go, but its share of renewables is still quite high relative to other businesses. A full 46 percent of the conglomerate’s energy came from renewables globally in 2020. That was up 5 percentage points from 2019. when it was at 41 percent.

However, not all is rainbows and sunshine. Volkswagen thought this was something it should highlight in its press release: “Volkswagen is also paying particular attention to converting its own electricity generation. For example, the two coal-fired power plant units at the Wolfsburg production site will be completely converted to natural gas by 2022. From 2023. this will reduce CO2 emissions by 60 percent.”

Natural gas leaks like an ice cream cone with the bottom bitten off. Its climate benefits are widely viewed as overhyped and unrealistic. Why is Volkswagen wasting time converting coal plants to natural gas? It’s 2021. not 2011.

Nonetheless, the use of more renewables is real and is having an effect. “The increased share of renewable energies used to supply production helped to significantly reduce the Group’s greenhouse gas emissions in 2020. compared with 2019. – by 14 percent and 1.1 million metric tons of CO2.”

Volkswagen Group Board Member Oliver Blume, head of production, also noted: “The transformation of the Volkswagen Group into a CO2-neutral company has gained momentum. In this context, supplying our plants with renewable electricity is an important part of the overall decarbonization strategy. We are consistently implementing our plans together with all brands and regions, and in 2020. we have already come very close to the target lines that we actually only marked for 2023. and 2030. That’s an encouraging milestone. However, we are not resting on our laurels. The energy transition in production also includes an ambitious conversion of the power supply at the Chinese production sites. In addition, we also want to further reduce greenhouse gases in our in-house electricity production.”

Good luck to Volkswagen Group getting more renewables worked into its electricity supply every day. This is a critical step in solving the climate conundrum, and it’s something Volkswagen again seems to want to truly lead on. I look forward to seeing updates in 2022. and 2023. showing how far the company has gotten increasing its overall renewable energy share from 46 percent to something closer to 100 percent.