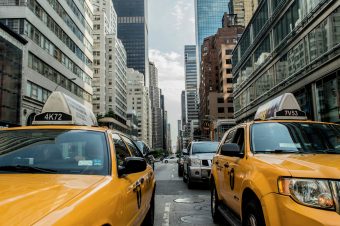 The transportation sector accounts for 26 percent of all greenhouse gas emissions in the United States. Recognizing the opportunity to reduce carbon pollution from vehicles to mitigate climate change, in 2012 the Obama Administration mandated 54.5 miles per gallon fuel efficiency standards for the model year 2025. The auto industry is not only responding – it’s outperforming. A new reportfrom the Environmental Protection Agency (EPA) finds that compared to 2014, the average fuel economy of model year 2015 vehicles increased 0.5 mpg to a record high 24.8 mpg. New vehicle carbon dioxide emissions averaged 358 grams per mile — 7 grams per mile better than required by the 2015 greenhouse gas emissions standard and a 13 gram per mile improvement over the 2014 requirement.

“Car buyers can go to the showroom knowing that no matter what kind of vehicle they buy, it will be better for the climate – and their wallets – than ever before,” Christopher Grundler, director of EPA’s Office of Transportation and Air Quality, said in a statement. “This report highlights that the industry is providing vehicles that customers want, while reaching new levels of environmental performance.”

The EPA estimates that the GHG emissions standards have slashed nearly 130 million metric tons of carbon emissions. However, Grundler recently warned that even steeper fuel economy standards will be needed in order for the US to meet climate targets called for in the Paris climate agreement. “What we know is, just from the math, if we’re going to achieve what science tells us we need to achieve by 2050, we’re going to need to see a lot of zero and near-zero emissions technology coming into the fleet,” Grundler told Bloomberg Politics. “Facts are facts.”