The US is expected to export more energy than it imports by 2020 for the first time since the 1950s. 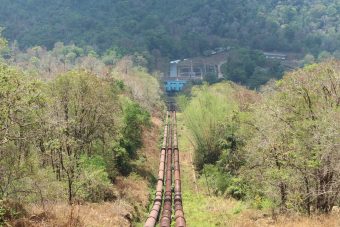 That’s according to the Energy Information Administration (EIA), which suggests that is likely to happen as increases in crude oil and natural gas production outpace growth in US energy consumption.

The nation has been a net exporter of coal for decades and it started exporting more natural gas than it imports in 2017 – it is projected to export more petroleum and other liquids than it imports within the decade.

This is forecast to happen on an annual basis in 2020 and that status is to be maintained through 2050, under current laws and regulations – the EIA adds in some side cases, the US again imports more energy than it exports by the mid to late 2030s.

The report states: “The United States has imported more energy than it exports on an annual basis since 1953, when trade volumes were much smaller. Since then, when imports of energy totalled 2.3 quadrillion British thermal units (Btu), gross energy imports generally grew, reaching a peak of 35 quadrillion Btu in 2005.”

“Gross energy exports were as low as four quadrillion Btu as recently as 2002 but have since risen to more than 20 quadrillion Btu in 2018, largely because of changes in liquid fuels and natural gas trade.”