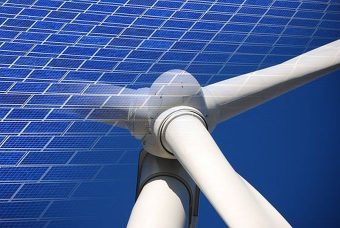 Ken Bossong of the SUN DAY Campaign sent out an email this week highlighting the latest figures from the US Energy Information Administration’s (EIA) latest Electric Power Monthly. The new report publishes figures for the quarter just passed and revealed that renewable energy sources accounted for 19.35% of net US electrical generation during the first quarter of this year. Conventional hydropower accounted for 8.67% of all US electricity generation, followed by wind power with 7.10%. Biomass (1.64%), solar (1.47%), and geothermal (0.47%) also did their part.

While this is a relatively impressive figure for a country which we know is struggling to secure a safe transition to a low-carbon economy, Ken Bossong wanted to draw out another point that is worth noting. He quoted the EIA’s own 2012 Annual Energy Outlook report, which said:

The obvious outcome we can draw from this is that the EIA is, again, wildly inaccurate in its ability to reliably predict the course of renewable energy development in the United States. According to Bossong, if one assumes growth were to continue along the path that the EIA had predicted back in 2012, renewables would not reach 19.35% of the country’s electricity mix until 2057 — forty years from now.

“Not only has renewable energy’s share of total domestic electrical generation nearly doubled in the past seven years, it has reached a level of output that EIA — just five years ago — did not anticipate happening for another four decades,” explained Ken Bossong, who is Executive Director of the SUN DAY Campaign. “While one might conclude that EIA’s methodology is seriously flawed, it is also safe to say that renewables — especially solar and wind — by now providing almost one-fifth of the nation’s electrical production, are vastly exceeding expectations and breaking records at an astonishing pace.”