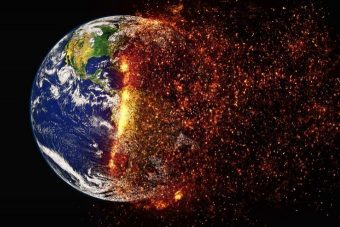 Climate engineering refers to the systematic, large-scale modification of the environment using various climate intervention techniques. However, a new study by VTT and the Finnish Meteorological Institute suggests that the uncertainties associated with climate engineering are too great for it to provide an alternative to the rapid reduction of greenhouse gas emissions.

Climate engineering has been proposed as a rapid and cost-effective means of mitigating climate change. It has been suggested that climate engineering could be used to postpone cuts to greenhouse gas emissions while still achieving the objectives of limiting global warming to under 2 degrees, as set in the Paris Climate Agreement. However, according to a recent study, the uncertainties associated with climate engineering are currently so great that it cannot be regarded as a substitute for, or a way of postponing, emission cuts.

According to the study’s results, climate engineering would allow very little additional emissions during the coming decades. “Climate engineering could have side-effects which become visible only after it is started. This means that huge uncertainty surrounds the method and it might have to be abandoned very quickly,” says Professor Hannele Korhonen of the Finnish Meteorological Institute. “If emission cuts were postponed due to climate engineering, a halt in climate engineering would place the two-degree objective beyond reach,” says Tommi Ekholm, a Senior Scientist at VTT.

If, in addition to mitigating global warming, we also want to prevent the acidification of oceans by carbon dioxide, climate engineering could substitute for emission reductions only in greenhouse gases other than carbon dioxide. Our results show that the limitations imposed by climate objectives and the available means of combating climate change could have a major impact on the optimal climate change mitigation measures.

Climate engineering could cool the climate by reflecting the sun’s radiation back into space, for example by changing the characteristics of clouds or imitating particle cover in the stratosphere caused by volcanic eruptions. The advantage of these methods lies in their rapid cooling effect and reasonably low costs. However, such methods involve major risks, such as the weakening of monsoon rains and the knock-on effects on food production in Asia and Africa.

A sudden halt to the use of such methods, due to issues such as major negative effects, would also lead to rapid climate change, to which ecosystems and societies would have difficulty in adapting. “This means that the possibly large cooling potential of climate engineering should not be used as a reason to postpone unavoidable cuts in greenhouse gas emissions,” summarises Hannele Korhonen.

The study was published in the journal Climatic Change.