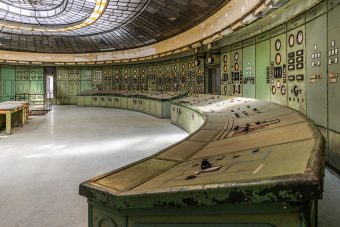 The UK Government should provide subsidies to developers of mini nuclear power stations like it did with the offshore wind industry.

That’s the recommendation of the Expert Finance Working Group (EFWG), an independent group convened by BEIS in January to consider what was needed to attract private financing to small reactor projects.

Small modular reactors (SMRs) generally have a capacity less than 600MW, with the costs ranging from £100 million to £2.3 billion, which the experts suggest could be delivered by 2030.

As ageing and polluting coal plants are set to close in the 2020s, the government is seeking low carbon alternatives to help meet the UK’s emissions reduction targets.

The EFWG has recommended the government to help de-risk the small nuclear market to enable the private sector to develop and finance projects – it believes SMRs could be commercially viable propositions both in the UK and for an export market.

The report states: “Her Majesty’s Government should establish an advanced manufacturing supply chain initiative, as it did with offshore wind, to bring forward existing and new manufacturing capability in the UK and to challenge the market on the requirement for nuclear specific items, particularly Balance of Plant (BOP), thereby reducing the costs of nuclear and the perceived risks associated with it.”

The offshore wind sector has seen a fall in costs over the years, which the EFWG says was in part due to the advanced manufacturing supply chain initiative which the government put in place and was used in combination with other mechanisms to support the industry.

It also suggests the establishment of an infrastructure fund, which could be “an effective way of sharing risk and overcoming financial constraints” making the small nuclear market more attractive to commercial financiers – as seen with offshore wind.

Nuclear Energy Minister Richard Harrington said: “Nuclear energy is a crucial part of our low carbon energy mix. The UK was the first domestic nuclear power and has a unique heritage that we can build on to bring nuclear technologies forward.

“Today’s independent expert report recognises the opportunity presented by small nuclear reactors and shows the potential for how investors, industry and government can work together to make small nuclear reactors a reality. Advanced nuclear technologies provide a major opportunity to drive clean growth and could create high-skilled, well-paid jobs around the country as part of our modern Industrial Strategy.”

Ministers will consider the recommendations in this report and how they might inform the new framework for SMRs set out in the Nuclear Sector Deal.