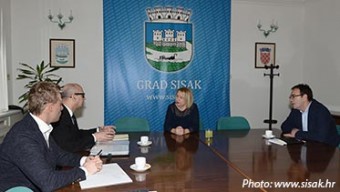 The industrial zone of Novo Pračno will be the site of two cogeneration facilities of 5 MW each. Sisak’s municipal website said a contract granting the right for construction was signed with Monalp Biomass Sisak d.o.o., registered in Croatian capital Zagreb. The local council approved the proposition for the projects taking up a total of 43,000 square metres. The investor company was founded by Turkish-based Senay Turizm Ve Ticaret AŞ, based in Turkey, according to portal Sisak.info, which cited data from the official register. The firm plans biomass-fuelled power plants in Gospić and Donji Lapac and a geothermal facility in Slatina.

The local authority said the company will hire up to 25 people in production and that it is interested to distribute heat to state-owned utility HEP-Toplinarstvo for the district system, but also to sell it to neighbouring companies in the zone, located south of the town. The municipal government said Monalp is owned by Istanbul-based companies Alp Elektrik Uretim AŞ and Mono Mühendislik Havalandırma Sistemleri Ticaret Limited Şirketi. In the name of Sisak, the contract was signed by mayor Kristina Ikić Baniček, while the investor was represented by Arsen Kantarci.

Last May, the municipal head signed a contract with Zagreb-based EPI Consulting for the first in a series of small biogas power plants in Croatia, starting with her town, which has a population of just under 50,000 people. The announcement had said the facility should be complete in nine months. In February of this year, local opposition groups said another company represented by the same people, Regenerate d. o. o., was registered at the address of the town hall, in a rented space, while there is no progress in the construction of the power plant. National electricity utility HEP Group signed a deal in April of 2015 for the construction of two wood-fuelled combined heat and power (CHP) plants in Sisak and Osijek with companies HoSt and Đuro Đaković. The contract for the Sisak facility is worth EUR 18.95 million. 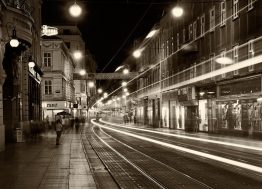