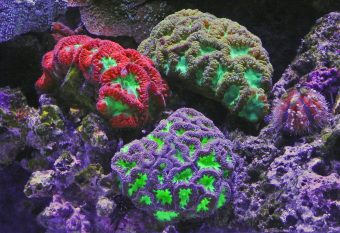 In October 2020, Australian scientists found a detached coral reef skyscraper on Australia’s Great Barrier Reef—nearly 500 meters tall and 1.5 kilometres wide — that exceeds the height of the Eiffel Tower and New York’s Empire State Building. This was the first discovery of its kind in 120 years.

It also signals a challenge – that we know relatively little about what lies underwater, given the high costs and still-nascent technology of ocean exploration.

To better understand the mysteries of the world’s oceans, a team of scientists is using satellite imaging to map out, in unprecedented detail, one of the planet’s most iconic underwater ecosystems: the shallow coral reef.

The researchers are part of the Allen Coral Atlas project, which is led by Vulcan, a philanthropic organization created by late Microsoft co-founder Paul Allen. The United Nations Environment Programme (UNEP) is working with Vulcan to build capacities of coral reef practitioners, managers and policy-makers around the world, especially in developing countries, on how to use the new Atlas.

“The atlas is meant to improve our understanding of our coral reef systems and drive better evidence-based policies to protect corals,” says Chuck Cooper, Managing Director of Government and Community Relations at Vulcan. 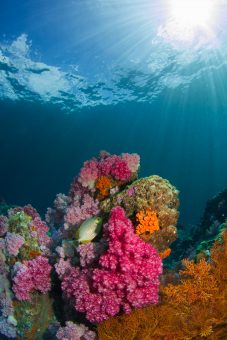 Coral reefs foster one-quarter of all marine species and provide food, livelihoods, security and recreation for at least a billion people. But, pollution, overfishing and heatwaves due to climate change are threatening their existence.

Most coral reefs are still unmapped. Scientists are aiming to monitor, in real-time, these biodiverse underwater worlds to protect and restore them. Further, they want to identify patches of coral that are naturally more resistant to climate change. These “refugia” may hold secrets to learning how to mitigate the impact of warming seas on coral reefs.

The atlas, available to the public, uses satellite technology to create high-resolution images of corals that are then processed into detailed maps. The maps capture features that will allow scientists and the conservation community to compare coral reef health over time and understand the pressures reefs are facing.

The atlas will provide baselines for monitoring coral reef bleaching events and other short-term changes, evidence to inform policymaking, and compelling science to capture the public’s interest on the plight of corals.

Bleaching occurs when coral—tiny animals that secrete calcium carbonate for protection—become stressed by factors such as warm water or pollution. As a result, they expel the microscopic symbiotic algae called zooxanthellae, which reside within their tissues. The corals then turn ghostly white; they become ‘bleached’ (watch these coral bleaching explainer videos).

The origins of the atlas

Three years ago, Paul Allen charged Vulcan with saving the world’s corals, says Paulina Gerstner, the Allen Coral Atlas Program Manager. “As a technologist, he saw tremendous data gaps and challenged us to figure out how to apply the emerging availability of satellite imagery to map and monitor the world’s coral reefs. All of them.”

Allen – an avid scuba diver – was deeply committed to the protection of marine ecosystems. He was already funding coral research, but his concern intensified in 2017 when Allen found his favourite reef dive sites bleached and dying. That’s when he tasked the team with the ambitious goal of mapping the world’s corals. (Allen died in 2018.)

“Our goal is to make conservation restoration and protection much easier, affordable and faster for all conservationists around the world,” says Gerstner.

“In the face of inaction, coral reefs will soon disappear,” says Leticia Carvalho, the Coordinator of UNEP’s Marine and Freshwater Branch. “Humanity must act with evidence-based urgency towards effective ecosystem management and protection to change the trajectory.”

UNEP is training officials in coastal states on how to use the atlas and supporting efforts to develop policies that safeguard coral reefs. Alongside Vulcan, which is funding the project, other partners include the University of Queensland, Planet Inc., Arizona State University and the National Geographic Society. 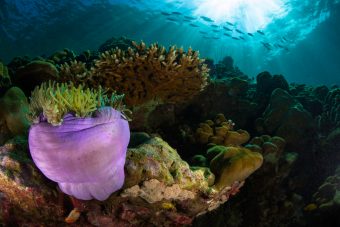 In May 2020, a long-standing partner of UNEP, the International Coral Reef Initiative (ICRI), called on its 44 member states, which are home to 75 percent of the world’s coral reefs, to step up their conservation efforts. Francis Staub, the ICRI Secretariat Coordinator, says the atlas will be instrumental in that process, helping countries understand “where coral reefs are and the area they cover.”

The atlas uses images from Planet Labs, which operates the world’s largest fleet of Earth-observing satellites. Daily, the Planet Labs’ satellites photograph Earth’s entire surface in minute detail. Researchers will analyze the satellite images and produce maps that catalogue the depths of reefs and their location, while differentiating them from other underwater phenomena, including seagrasses, rocks and sand.

Notable coral reefs that have been mapped include the Great Barrier Reef in Australia, and systems in Fiji, the Bahamas and Hawaii. The project aims to have 100 percent of the world’s reefs mapped by the summer of 2021.