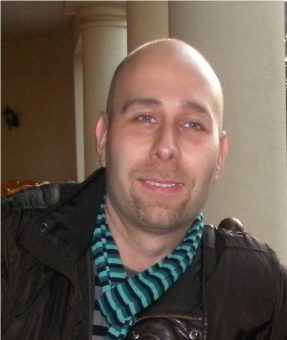 The author of the text: Miroslav Tadić, UNDP

Based on the state of environmental infrastructure  in  the  Republic  of  Serbia  and  the  extrapolation  of  the situation in the countries that have recently become the members of the EU, it is estimated that the total costs for achieving advanced environmental quality standards, and this primarily refers to the implementation of EU acquis in this area, will amount to over 10 billion euros (up to 2030). The most demanding sectors are water sector (5.6 billion euros), waste sector (2.8  billion  euros)  as  well  as  the  sector  of  industrial  pollution  (1.3  billion  euros).

The essential part of the costs is related to  operating  costs  for  the  operation  and maintenance of the new plants which cannot be covered entirely from the European and international sources of funding and that must be financed from the budget, private sector resources or through fees. The  successful  implementation  of  all  these projections is based on the optimal usage  of  economical  instruments,  the  development of adequate capacities on national and local level (including relevant ministries, public enterprises and units of local administration). On the other hand, direct economic benefits, derived from alignment in the field of the environment, should surpass the expenses in the amount of 2.4 times during the same period.  This shows clear direct economic benefit for the Republic of Serbia from the implementation of EU acquis in the field of the environment, which is the main priority of the Government of the Republic of Serbia.

Satisfying  level  of  environmental  quality  represents  one  of  the  postulates  of  the European  Union  and  certain  obligation of each country that wants to become a full  member.  Failure  to  meet  demanding  environmental quality standards that were set by European legislation carries hidden economic costs for the society, which must be calculated and transparently displayed. The benefit of timely perceiving of these costs is reflected in: avoidance of damage to health (reduced morbidity and mortality caused by high concentrations of pollutants in environmental media – water, air and soil); avoidance of the damage to property and agricultural production, as well as the benefit for the maintenance of natural ecosystems and ecosystem services. Estimated  costs  in  the  industrial  sector represent around 13% of total estimated costs of the environment. It takes a great effort in order to transpose and implement European directives of importance for the industrial sector, especially the Directive on industrial emissions in the Republic of Serbia.

Many things have already been done  in  terms  of  transposition,  but  the implementation  represents  quite  a  big  challenge, especially in terms of necessary investments  in  cleaner  technology  and  advanced technological processes. From  an  economic  standpoint,  desulphurization of the plants will for example be one of the most expensive components, as  well  as  remediation  of  contaminated  locations, etc. During the negotiations on the membership in the EU about this area it will certainly be necessary to negotiate additional, maybe one of the longest periods (so-called  Transition  periods)  for  the  full  implementation of these regulations. Energy sector, industry and economy are to great extent related to the greenhouse gas emissions (GHG) and definitely represent a great potential in the reduction of these emissions,  mitigation  of  climate  change  consequences and thus achieving a better environmental quality.

The implementation of EU legislations in the field of climate and energy is certainly a cost for the economy and the budget, but it is definitely necessary and profitable long-term investment which enables  competitiveness  and  placing  products on the market. In the future, in the field of climate change it is necessary to develop comprehensive national  policy  and  strategy  which  will  be  in accordance with the European strategy 2020 and EU 2030 – Climate and Energy Framework. Moreover, EU is dedicated to a long-term goal (goals for 2050 ) to reduce emissions  for  80-95%  below  the  level  of  1990  by  2050,  in  the  context  of  the  role  of the developed countries as a group that takes similar actions on the international level. The reduction of the emissions to this level would require from the EU to become low carbon economy (European Union, 2014). According  to  these  long-term  goals,  the  production of energy should become almost completely free of carbon emissions, using around 30% less energy in 2050 by applying energy efficient measures. Therefore, the challenges  for  the  Republic  of  Serbia,  as  a candidate country for the embership in the EU, and its economy are even higher.

Very  important  fact  for  Serbia  is  that  the  EU  is  under  permanent  obligation  to  comply  with  the  requirements  of  the  UN’s Framework Convention on Climate Change (UNFCCC): the EU’s legislation has developed the entire series of regulations related to the reporting that is in accordance with  UNFCCC  regulation.  The  EU  has  developed clear and direct set of laws in order to comply with the mechanism of monitoring, reporting a verification in terms of GHG emissions and it has established a special policy in the field of climate change as a response to the obligations established by international regulations.  In order to align with acquis in the field of climate change, the significant efforts have been made in the Republic of Serbia so as to improve monitoring, capacity in reporting and verification through the adoption of new laws and training, especially of the business entities. The Law on monitoring, reporting and verification of greenhouse gases from the industrial and energy power plants, that should come into force in 2017, is the first step towards the implementation of EU emissions trading systems (EU ETS), but also a serious challenge for the power plants that fall under its jurisdiction.  EU emissions trading system is maybe the most important regulation that will have an important impact on the development of Serbian economy and energy sector.  Alignment with the acquis and strengthening of the necessary administrative capacities still remains a major challenge.  Administrative capacity in the field of climate changes must  be  strengthened  on  both  central  and local level in order to ensure efficient harmonization with the implementation of acquis. In this way the economy will also benefit from the adequately established system with clear guidelines and the support in the implementation of climate regulations.

The  key  challenge  for  the  Republic  of  Serbia  is  to  move  towards  low  carbon economy  by  reducing  GHG  emissions and at the same time to achieve economic goals and social cohesion. The fulfilment of the obligations that arise from the international agreements, especially UN’s  Framework  Convention  on  climate  Change,  also  represents  an  important  framework for future strategic, political and investment trends in the Republic of Serbia.  In addition to previous commitments, most of the State Parties of the Convention have submitted to Convention Secretariat their first Intended Nationally Determined Contributions to reduce greenhouse gas emissions (so-called  INDCs),  in  which  were  expressed  the  intentions  for  the  reduction  of  GHG  emissions.  Serbia has also submitted its INDCs among first countries in June 2015 with a marked reduction of 9,8% in 2030 in  comparison  to  emissions  from  1990.  Apart from first INDCs of each Member State which have become an integral and essential part of the new Global Climate Agreement in Paris. Periodic “cycles” are provided in which INDSc would be regularly updated every five years. A new Climate Agreement  in  Paris  was  adopted  during  the 21st session of the Conference of the Parties to the UN Framework Convention on Climate Change which was held in Paris,  from 30 November to 12 December, 2015 as a global and legally binding document. These ambitious goals will not be achieved without the contribution of the key actors in the field of energy, industry and economy in general.  The energy sector, industry and economy will certainly be crucial in meeting the obligations arising  from  the  set  of  EU  regulations  in  the field of energy and climate change, including at of the costs of approximation. In this context, we have adopted numerous national regulations and policy documents that  provide  clear  guidelines,  such  as:  The Energy Law, the Law on efficient use of energy, Decree on Incentive Measures for  Privileged  Power  Producers,  National  Renewable Energy Action Plan, Strategy for  Energy  Development  until  2025  with  projections for 2030.

Policies in the fields of renewable energy and energy efficiency can have effects both on EU-ETS sectors (reducing the use of fossil fuels ) and  sectors that are not covered by EU ETS system. Emissions in  EU ETS sectors are affected by energy efficiency policies, renewable energy  policies  and  the  implementation  of  the  regulation  on  carbon  capture  and storage and the use of flexible mechanisms.On  the  other  hand,  the  main  legal  and  political  framework  for  the  sector  of  industrial processes is given in the strategic document “Serbian Strategy for Policy for Industrial development (2011-2020)”.Apart from that,  the Effort Sharing Decision 406/2009/EC of the European Parliament and of the Council on the effort  of Member States  to  reduce  their  greenhouse  gas emissions  to  meet  the  Community’s  greenhouse  gas  emission  reduction  commitments up to 2020,  entered into force  in  2009  exclusively  for  reducing emissions in the sectors not covered by the EU ETS. The sectors that are not covered by the EU ETS are: traffic (cars, vans),construction (heating in particular), services, small  industrial  installations,  agriculture  and  waste  management.  This  is  a  part  of a package of policies and measures in the field of climate change and energy that will help Europe to transform into low-carbon economy and also to increase its energy security  reaching the goal of the total emission reduction EU Climate and Energy Package (20% of reduction below the level of 1990 up to 2020).The  Republic  of  Serbia,  once  when  it starts  the  process  of  negotiations,  will have to contribute according to its relative wealth, in the economically and technically feasible way,  of course taking into account sustainability of the energy, industrial and commercial sector in general.

The costs of implementing these regulations and  harmonization  with  the  EU  acquis  to  a  large  extent  rely  on  the  resources  of the industry itself that is economy (so called  own  resources).  Certainly  in  the  nomenclature of costs, there are also funds for environmental protection, commercial loans, state budget, but also donor funds. The use of donor funds should certainly be optimized – this involves the establishment of appropriate capacities for absorption, that is adequate institutions and project implementation,  as  well  as  balanced  economic strategy that will in turn reduce the need for interventions from the state budget. This will reduce the costs to be borne by the Republic of Serbia.