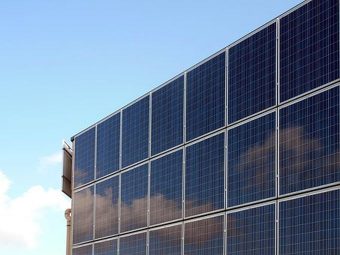 The state of South Australia has announced that it will create a network of thousands of solar-powered homes, using Tesla solar panels and Powerwall batteries, Reuters reports. Initial phases of the plan are already underway and will eventually expand to as many as 50,000 homes, creating the “world’s largest virtual power plant,” according to premier Jay Weatherill.

“Our energy plan means that we are leading the world in renewable energy and now we are making it easier for more homes to become self-sufficient,” Weatherill said. “We will use people’s homes as a way to generate energy for the South Australian grid, with participating households benefiting with significant savings in their energy bills.”

Installation of the 5kW solar panels and Tesla batteries has already begun on 1,100 public housing properties, with 24,000 more to follow. After that, the program will be opened up to as many as 50,000 South Australian homes over the next four years.

The panels and batteries are being supplied at no cost to homeowners, backed by a multi-million-dollar grant and a loan from a taxpayer renewable energy fund. The program will be financed through the sale of excess energy generated by the solar power grid.

South Australia is already the home of the world’s largest battery, the result of a challenge from Elon Musk and Tesla. After a state-wide blackout in 2016, South Africa has been looking to renewables as a way to address their persistent energy shortages.

Although Australia is a world leader in coal and gas production, deteriorating coal-fired plants have been closing, and factors such as an offshore drilling ban have raised questions about future energy security.

The government has already set up a registration site for Australians who want to be part of the program. “Virtual power plants allow families to take control of their power bills, while providing greater security for the energy network,” said John Grimes of the Smart Energy Council.