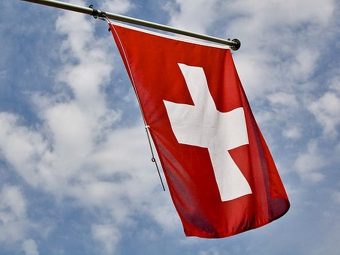 It might sound like the stuff of science fiction, but a Swiss pilot is preparing to fly to the edge of space in a solar-powered aircraft. According to Wired, Raphël Domjan is planning to fly his plane, SolarStratos, higher than any plane has gone before. His goal is to prove that renewable energy is not only equal to, but potentially greater than fossil fuels.

That goal, it seems, is a lofty one in both the literal and figurative senses. When the planned date arrives in late 2018, Domjan hopes to hop into SolarStratos and fly 25,000 meters into the sky, to the edge of space. After flying for two and a half hours, he is planning to spend 15 minutes in the stratosphere before slowly ascending back to terra firma.

“Our goal is to be the highest plane ever, not only solar and electric,” Swiss pilot, Domjan told Wired. With this project, we take technology you can find in the supermarket and we put it to the limit. He adds that showing solar technology can take humans as far or further than petroleum fuels will send a strong message about the potential that clean technology holds. “We still have so many things to explore,” he adds. “Maybe exploration can be used to protect our planet.”

But he needs more funding to make his mission happen. Since founding SolarStratos in 2014, Domjan has raised $5 million to make his experimental plane, which is expected to be released by solar aviation specialist PC-Solar by the end of this year. The finished plane will weigh just shy of 1,000 pounds, including two 19kw motors that produce about 50 horsepower. That much weight and power is just barely light enough to complete the missions; according to Wired, Domjan will have to lose about 20 pounds before he can attempt the feat. There’s also the problem of how he will breathe at 25,000 meters, where there’s only two percent of the oxygen available at sea level. Also, despite the funds already raised, the team needs another $5 million in the bank before they’re ready to take flight.