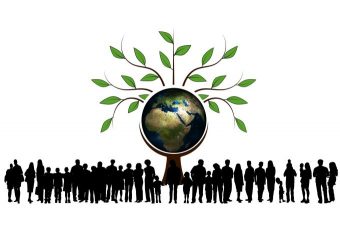 Sweden’s government has announced plans to invest SEK5bn (£485m) towards boosting the green economy and tackling climate change in 2018, in what it says is the country’s “greatest commitment to climate and the environment ever”.

Confirming its budget bill for 2018, the government yesterday said the money would be spent on environmental and climate work both in Sweden and internationally, with the aim of reducing emissions, creating jobs and boosting development.

The 2018 budget bill – based on an agreement between the government and Sweden’s Left Party (SSV) – means spending on the environment and nature conservation next year will more than double (a 109 per cent increase) compared to 2014.

The Scandinavian country has ambitious climate targets, having committed earlier this year to reaching net zero carbon emissions by 2045, with the government required to produce a climate report in the annual budget alongside a new action plan every four years.

The 2018 investments are to be spread over a “large number of measures”, including furthering the switch to renewable energy, protecting biodiversity on land and in the sea and initiatives aimed at making cities more sustainable places to live and work, according to Sweden’s deputy PM Isabella Lovin.

She said the country was already undertaking major structural efforts to improve the sustainability of transport and industry, with significant investments in solar power, electric vehicle charge points and electric bicycles.

“Our generation should be able to hand over a society to our children where the major environmental problems are solved and where the cities should be living and healthy growing environments,” Lovin said in a statement. “There is a lot to be done – there has been underinvestment in sustainable development for too long.”