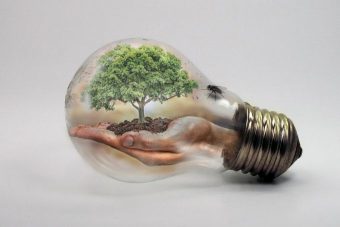 Sweden’s ambitious new climate change legislation entered into force this week, setting out a framework for the Scandinavian nation to become a net zero greenhouse gas emitter by 2045.

The new Climate Act, which became law on 1 January 2018, means Sweden’s government for the first time has an obligation to pursue climate policies based on goals set by an independent Climate Policy Council.

The legislation works along similar lines to the UK’s Climate Change Act 2008, with the new independent Council requiring Sweden’s government to review progress against its emissions goals every four years.

Sweden’s Minister for International Development Cooperation, Isabella Lövin, described the Act as the “most important reform for our children and grandchildren”.

“From now on it will be illegal not to prioritise the climate,” she said in a statement. “This is a day I will tell my stepgrandchild about when she gets a little older.”

Each year, the Swedish government must produce a climate report in its Budget Bill and draw up a climate policy action plan every fourth year to describe how the emissions targets are to be achieved.

The legislation strengthens a previous goal to become ‘carbon neutral’ by 2050.

It was passed by the nation’s parliament in June last year by 254 votes to 41, after the proposals were developed by a cross party commission featuring seven of Sweden’s eight parliamentary parties. Only the far right Swedish Democrats sat out the process.

As part of its budget for 2018, Sweden’s government also announced plans last year to invest SEK5bn (£485m) on tackling climate change, safeguarding the environment and boosting sustainable development both at home and abroad.