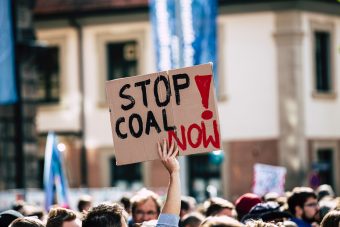 The report, published by UNEP in cooperation with the Sabin Center for Climate Change Law at Columbia University, shows climate litigation has become more common and more successful worldwide.

In 2017, 884 cases were brought in 24 countries; as of 2020, cases had nearly doubled, with at least 1,550 climate change cases filed in 38 countries (39 including the European Union courts). While climate litigation continues to be concentrated in high-income countries, the report’s authors expect the trend to further grow in the global south – the report lists recent cases from Colombia, India, Pakistan, Peru, the Philippines and South Africa.

The background of plaintiffs is becoming increasingly diverse as well, with NGOs and political parties joined by children, senior citizens, migrants, and indigenous peoples. Just as they are particularly vulnerable to COVID-19, those groups of plaintiffs often stand at the forefront of climate change, enduring extreme weather, rising sea levels, and pollution.

“Citizens are increasingly turning to courts to access justice and exercise their right to a healthy environment,” said Arnold Kreilhuber, Acting Director of UNEP’s Law Division. “Judges and courts have an essential role to play in addressing the climate crisis”.

Some of the recent trends in climate litigation identified by the report include:

“Climate litigation is a key lever for keeping governments and corporations on task in the fight to combat climate change,” said MIchael Burger, Executive Director of the Sabin Center for Climate Change at Columbia Law School. “And it is a powerful tool for holding them to account for their failure to do so. Courts can equalize the power imbalances in society and give force to the rule of law.”