Modern bioenergy is an often-overlooked giant among renewable energy sources, accounting for half of the world’s renewable energy consumption. Biofuels are by far the largest source of clean transport fuels, with almost a quarter of the demand coming from Latin America. Biofuels have numerous benefits for the region, from ensuring energy security to lowering emissions and creating jobs in rural areas. Therefore, it is essential to understand the impact of the COVID-19 crisis on this key sector for Latin America’s clean energy transitions. 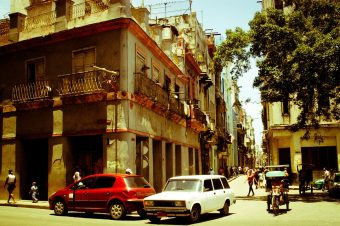 Producers of biofuels in Argentina and Brazil, the two largest markets, are facing lower demand and lower prices in their domestic and export markets. While ethanol producers are able to switch their production to sugar, the price of sugar is also currently low. The situation in Brazil is compounded by rapidly declining gasoline prices, which reduce the competitiveness of unblended biofuels at the pump.

In 2017, Latin America accounted for less than 8% of the world’s transport energy demand but was responsible for 23% of the demand for biofuels, with Argentina and Brazil as the two largest markets. With 9% (by energy) of renewables in its transport mix versus the global average of 3%, the region is a step ahead in decarbonising transport.

In addition to being the second-largest biofuel producer, Brazil has the world’s second-largest share of renewables in transport, the result of a policy established following the 1973 oil crisis to promote biofuels as an alternative to imported fossil fuels. Brazil’s flagship new biofuel policy, RenovaBio, was developed to meet targets included in Brazil’s nationally determined contribution (NDC) under the Paris Agreement on climate change: a 10% reduction in greenhouse gas emissions from transport by 2028 and an 18% share for sustainable biofuels in the country’s energy mix by 2030.

Biofuels are a source of economic development and employment in rural areas. According to the Brazilian sugarcane industry association UNICA, the sector is responsible for 2.3 million direct and indirect jobs in Brazil, with a higher rate of formal employment than the rest of the agro-industry and the overall economy. Brazil has the world’s largest fleet of flex-fuel vehicles,2 representing over 70% of the country’s passenger vehicle fleet and more than 90% of new passenger car registrations each year, allowing consumers to choose at the pump between unblended ethanol and gasoline, depending on relative pricing.

Brazilian sugarcane mills usually produce both sugar and ethanol – with shares decided during the harvest based on which commodity will bring greater revenue – as well as renewable electricity generated from burning bagasse, a sugar cane residue.

Faced with lower transport fuel demand and prices, ethanol producers are allocating a larger part of the sugar cane crop to sugar, which leads, in turn, to lower prices. Lower demand has allowed producers in Argentina and Brazil to direct a share of ethanol for the production of hand sanitizers during the pandemic, although this market is far smaller than that for transport fuels.

Many mills in the sector were already heavily indebted before the crisis as a result of the loss of competitiveness of unblended ethanol while gasoline prices were subsidised between 2012 and 2016. The impact of the crisis could be compounded as it is taking place at the beginning of harvest season, when mills need income from ethanol sales to undertake their activities. 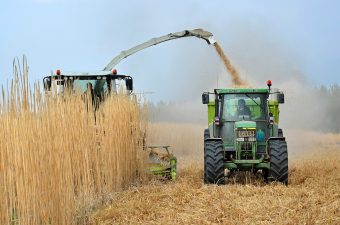 Brazilian ethanol producers are also dealing with decreasing gasoline prices, which have fallen more rapidly than unblended ethanol prices at the pump. This will not only reduce total consumption of biofuels, but also the share of biofuels in total transport demand. Therefore, Brazil’s newly introduced flagship RenovaBio program may need to adjust CO2 emissions reduction targets for the year, with a resulting change to the value of associated CBIO certificates.

Argentina’s biodiesel industry, the sixth‑largest globally, relies on exports as domestic demand from the country’s 10% blending mandate is well below production capacity. Argentine biofuel exports have been the focus of international trade disputes, which has led to several restrictions and quotas that have hurt the sector’s financial health and investment capacity. With local and export demand expected to shrink by around 30%, biofuels production in Argentina in 2020 is expected to drop to 2009 levels, with idle production capacity reaching around 60%.

To address the developing crisis in Latin America’s biofuel sector, it will be critical to recognise the numerous benefits that biofuels bring to the region, including energy security, lower emissions, jobs and economic development in rural areas.

Short-term measures could include making favourable changes in fuel taxation and financial support measures for the sector, including funding working capital, and making storage available to absorb excess production during periods of low demand. Tax regimes and incentives should be carefully reviewed on a regular basis to consider the impacts on final consumers as well as economic sustainability.

Demand is expected to grow in the longer term. So programmes that encourage the use of biofuels – and that provide a long-term vision of their place in the transport sector, such as RenovaBio – are crucial to enable long-term investments in the sector. It is essential that such policy ambitions are not delayed or diluted as a result of low oil prices.

Latin America, a leading region in biofuels, is a source of experience that is relevant for countries all over the world. Argentina and Brazil are founding members of the Biofuture Platform, a 20-country partnership established in 2016 to promote co-ordination of efforts to support the development and deployment of modern, sustainable bioenergy. Since 2019, the IEA has served as Facilitator for the Biofuture Platform.

Under its Clean Energy Transitions Programme, the IEA is developing a framework for assessing the impact and effectiveness of bioenergy policies and frameworks. The IEA will continue working with the Biofuture Platform, the IEA Bioenergy Technology Collaboration Programme and other flagship bioenergy partnerships. Together we will help policy makers and decision makers develop effective responses to the crisis and accelerate efforts in support of a sustainable bioeconomy in Latin America and beyond.