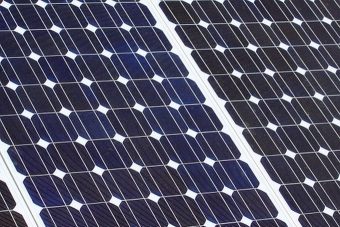 Solar City, the solar energy company whose largest shareholder is Tesla Motors chief executive Elon Musk, has picked batteries made by his electric-car maker to provide 13 megawatts of electric storage for an array of solar panels to be built on the Hawaiian island of Kauai. The combined solar and energy storage system is designed to give KIUC, the Kaua’i Island Utility Cooperative, dispatch able electricity in the evening, and after the sun goes down. KIUC has a 20-year contract with Solar City to buy the solar generated electricity at a competitive price of 14.5 cents per kilowatt hour. Solar City has chosen Tesla as its battery provider.

The project now needs approval by the Hawaii Public Utilities Commission. Last April, Musk unveiled a suite of batteries to store electricity for homes, businesses and utilities, marking Tesla’s expansion beyond electric cars with battery technology that Musk said would “fundamentally change the way the world uses energy.” The equipment allows businesses and homeowners to store power, reducing the need to rely on utility grids for electricity. The deal with Solar City and KIUC gives some momentum for Tesla Energy, and Musk has said utility-scale deals could be 80 per cent to 90 per cent of sales for the business unit. The company’s Power wall battery, which can be installed in home garages, has generated enormous interest from consumers. But the bigger market is the larger Powerpack, which allows utilities to reduce the need for expensive facilities that only run during times of peak demand. Solar City’s deal also shows how Musk’s two companies can link up to help each one find more business in two relatively nascent markets.

“Global excitement in Tesla Energy products remains very strong,” said Tesla in its recent fourth-quarter letter to shareholders. “To accommodate this demand, we transitioned production to the Gigafactory in Q4. While this transition did take slightly longer than we had expected, both Power wall and Power pack production is now operating smoothly and expanding at the Giga factory.” In the utility industry, energy storage is finally coming of age. In Tesla’s home state of California, a groundbreaking energy storage mandate requires PG&E Corp., Edison International’s Southern California Edison and Sempra Energy’s San Diego Gas & Electric to collectively buy 1.3 gigawatts of energy storage capacity by the end of 2020. New York is also turning to storage to relieve congestion on transmission lines and plans for the potential retirement of aging power plants.