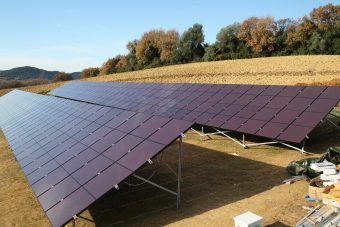 “400 million pesos will be invested to install and operate solar-panel towers in a 66-hectare plot located in front of the San Ignacio substation, on the Mérida-Progreso federal highway,” he said.

Mendizábal initially refused to report during the recess following the presentation of the Environmental Impact Manifesto (MIA) of the photovoltaic park, with the allegation that the meeting had not yet ended, and tried to evade the interview with the reporters, but finally agreed and said that the owner of the company is Jinko Solar (China).

According to him, the Solar Energy Park San Ignacio will be installed in an area of 66 hectares that were rented to a private owner.

According to the project, the photovoltaic park will generate 48,748 megawatt hours (MWh) annually.

During the day it will generate direct current, which will be converted into an alternating current in a medium voltage of 34.5 kilowatts (KW).

By means of a distribution line, this park will be interconnected to the 34.5 KW San Ignacio CFE sub-station, on the Merida-Progreso road and located 500 meters south of the same park.

There will be installed 74,800 polycrystalline of 335 watts each, which will generate 19,764 MW in direct current.

Photovoltaic modules will also be installed in structures with followers of a horizontal axis connected to inverters direct current (DC) to alternating current (AC); as well as operating and control buildings, among other facilities.

At the presentation of the MIA, at a social center on Calle 40 between 29 and 31 of the colonia Ismael Garcia, about 40 students attended from the Law Faculty of the UADY, who were brought in buses from Mérida, as well as the mayor of Progreso, José Isabel Cortés Góngora, and the delegate of Semarnat in Yucatan, Jorge Carlos Berlin Montero.

In the internet, Jinko Solar reports that it is a subsidiary of Chinese manufacturer of solar products Jinko Solar, is headquartered in Mexico City and manufactures and markets silicon wafers, cells and solar modules.

It indicates that in 2016 it signed three energy purchase agreements with the CFE for the construction of three solar power plants for a total of 188 MW-AC (megawatts of alternating current). Two of these projects will be installed in Yucatan, and the third in Jalisco.

Under the agreements, the company will generate power from mid-2018 (more than 500 GWh/year (giga-watts per hour per year)), which will be sold to the CFE over a 15-year period.

Previously, the company supplied photovoltaic modules for two projects in Mexico — 7 MW of solar modules to Sustainable Warehouse (AS Solar) and 49.8 MW to TSK Electronics and Electricity. 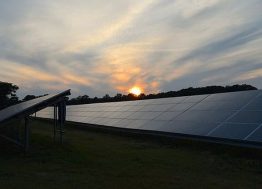