Both Royal Dutch Shell and France’s Total plan to add charging stations, with Shell having already selected some potential locations.

Certain Shell fuel stations in the U.K. and The Netherlands will offer electric-car charging later this year, Shell’s John Abbott said in a recent interview with the Financial Times.

Total told the Financial Times that it is “studying the viability” of installing charging stations at locations in its home market. Interest in electric-car charging represents one way oil companies are acknowledging the growth of electric-car sales, which will ultimately reduce demand for oil.

Shell’s Abbott said battery-electric power won’t overtake internal-combustion vehicles as the dominant form of propulsion for “decades,” and that Shell sees charging stations as a potential new business opportunity. While drivers are waiting for their cars to charge, they may “want to have a coffee or something to eat,” he noted.

Indeed, most of the revenue made by operators of individual fuel stations comes from concessions, not from the fuel itself. Many public charging stations are already located at restaurants, shopping malls, supermarkets, and other places where users are expected to linger.

Electric-car charging at gas stations has been considered before by other parties. Besides investigating electric-car charging, Shell and Total are also part of the newly-formed Hydrogen Council. The organization is made up of 13 companies—including several automakers—and plans to promote the use of fuel cells for both transportation and energy.

At the council’s first meeting last month, members pledged a combined $10.7 billion investment in vehicle and infrastructure development over the next five years. 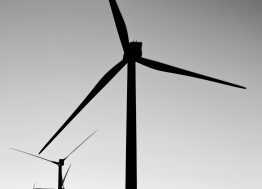