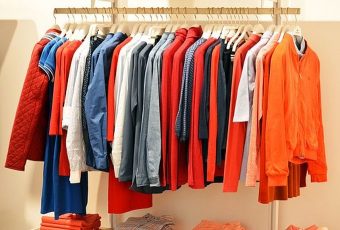 Scotland’s ‘re-use revolution’ has this week celebrated a major milestone, with the news 100 re-use stores across the country have now secured quality certification through the national Revolve standard scheme.

The latest superstore hub, ReStyle Argyll in Argyll and Bute, officially opened yesterday, joining Blythswood Care in Dingwall and the Edinburgh Remakery in offering a range of repair, re-use, and re-sale services to customers.

Speaking during a visit to the Blythswood Care centre, the Scottish Government’s Cabinet Secretary for the Environment, Climate Change and Land Reform, Roseanna Cunningham, said the new stores were delivering significant environmental benefits.

“Re-use is one of the smartest ways in which we can keep products and materials out of landfill and in high-value use for longer,” she said. “In Scotland we are working towards ambitious targets on waste, with no more than five per cent of all waste to go to landfill and 70 per cent of waste recycled or prepared for reuse by 2025.

“Re-use and repair superstores like Blythswood Care’s here in the Highlands, and ReStyle Argyll in Argyll, are at the forefront of those ambitions by making it easier for people to donate and shop for second-hand items. By shopping at these hubs, and other stores across Scotland with the Revolve logo, customers can be confident they have access to high-quality products which offer good value and support local communities through jobs and volunteering opportunities.”

The new stores are also supported by a phone and online service subbed Re-use Line, which allows people to donate large items such as furniture and white goods for re-use.

Zero Waste Scotland said the service had seen its highest levels of demand last month with 928 items – or 30 tonnes of goods – referred for re-use.

Iain Gulland, chief executive of Zero Waste Scotland, said it was “clear both consumers and businesses are waking up to the scale of opportunity in re-use and repair”.

“The extent to which the Revolve brand has grown – with over 100 stores now certified, including the first private sector organisations earlier this year – clearly demonstrates strong support for a more sustainable, more circular economy in Scotland,” he added. 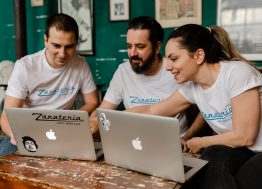 About Creators and Other Customers