The San Diego Padres are building the largest solar plant in all of Major League Baseball (MLB). 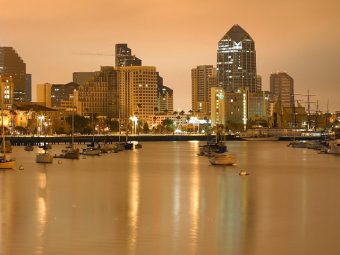 According to CNBC.com, Petco Park, the Padres home stadium, will build a 336,520 watt system. The plant will be formed from 716 high efficiency 470W SunPower modules, CNBC added. Sullivan Solar Power will build the system, which is expected to be completed in March, ahead of the 2018 MLB season. The system will generate more than 12 million kilowatt-hours (kWh) over the next 25 years.

The project will cost $1 million. However, with tax credits and lower electricity costs thrown into the mix, its estimated the new solar farm will save $4.1 million overall according to SportTechie.com.

San Diego is targeting for 100% renewables by 2035, and with the Padres getting aboard the solar energy train, other companies could well be inspired to make the switch soon.

“We are leading by example for the country to see that solar power is the future, today. We are determined to be a leader in creating a clean energy future,” added San Diego Mayor Kevin Faulconer on the cities new high profiled solar farm.

President and Founder of Sullivan Solar Power Daniel Sullivan said in a statement that he is delighted to see the Padres moving toward solar, proving that the world does not need fossil fuels in powering its requirements.

“I founded Sullivan Solar Power 14 years ago to create a case study in San Diego, proving we have the technology, financing, and skill to fundamentally change the way we generate electricity — this project highlights that we are leading the solar energy revolution,” added Sullivan.

Professional sports have taken to more sustainable development efforts in recent years. From Green Super Bowls, solar-friendly World Cup venues, to the NHL’s release of its carbon neutral energy plan in 2014, It’s a trend which will continue to move forward with momentum.