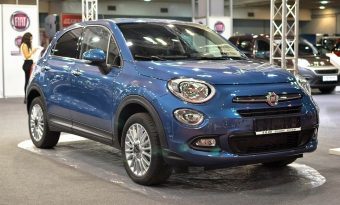 According to the Financial Times, the carmaker – which owns the Jeep, Ram, Dodge, Chrysler, Alfa Romeo, Maserati and Fiat marques – will reveal plans in June to phase out diesel manufacturing across its operations by 2022.

It follows similar moves from rival carmakers, as public demand for diesel plummets in the wake of the VW scandal and the cost of compliance with stricter emissions standards continues to rise.

The latest move by Fiat Chrysler would be part of a market trend that could see the removal of diesel cars from streets around the world far quicker than many businesses or governments expect. For example, the UK government has given itself until 2040 to phase out the sale of petrol and diesel cars, while BP suggests EVs will only make up about 15 per cent of the vehicle fleet by 2040.

But some analysts believe that as the market tips more heavily in favour of EVs and plug-in hybrids, automakers could be tempted to avoid the cost of designing more efficient petrol and diesel engines and instead focus their R&D spend on electric mobility.

“In our view, the R&D pie is limited, and automakers are more likely to chase growing segments than throw money after declining ones once the trajectory becomes clear,” Bloomberg New Energy Finance’s strategic lead for transport Colin McKerracher wrote in a recent blog post.

A switch to electric mobility has implications beyond automakers – construction firms are starting explore how to make new developments EV-ready with plentiful charging points, while firms with large corporate fleets are beginning to consider the best model for switching over to new technologies.