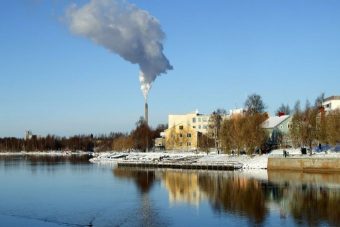 The Netherlands has become the latest country to signal an end to coal-fired power, reportedly setting a date to close all its coal plants by 2030 as part of a deal between political parties to form a coalition government.

The move will be welcomed by green groups, but is likely to prove controversial given the facilities cost billions of Euros to construct with some only coming into operation as recently as 2015.

However, the closures are seen as necessary to meet ambitious targets expected to be backed by the new government to cut CO2 emissions 49 per cent between 1990 and 2030. The new government is also expected to push for an increased EU-wide target of 55 per cent cut over the same period, according to Carbon Pulse.

In order to help phase out the five remaining plants – including one that will close within the next four years – the pact features plans to introduce a minimum carbon floor price for the power sector as a top-up to the EU ETS price, rising to €43 per tonne by 2030, Carbon Pulse added.

The news comes amid reports China is planning to stop or delay work on 151 planned or under-construction coal fired power plants, as Beijing seeks to implement a target of delaying or closing down at least 50,000MW of coal projects this year.

According to Greenpeace’s Unearthed website, the list of projects set for delay or cancellation equates to a capacity equal to the combined operating capacity of Germany and Japan at a cost of around $60bn, as China responds to the dwindling demand for coal power globally.

The UK, meanwhile, has a target to phase-out all its coal-fired power plants by 2025, but coal generation in the country is already dropping sharply and green groups hope the remaining facilities could fall off the grid much sooner.