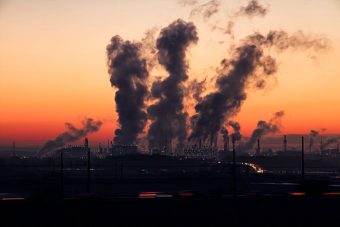 Roughly a quarter of the world’s oil refineries face closure by 2035 if governments around the world manage to actually meet their current greenhouse gas emissions reduction targets, according to a new report from the think tank Carbon Tracker, the investment fund AP7, and the Denmark-based pension fund PKA.

This shutdown of refining capacity will be accompanied by a surge in electric vehicle adoption, higher fuel efficiency in internal combustion engine (ICE) grounds vehicles, and higher efficiency in jet aircraft. That could come just due to the effect of legislation intended to reduce greenhouse gas emissions expected to be introduced in the coming years, according to the report.

Owing to these expected changes, companies like Royal Dutch Shell, Total, Chevron, Sinopec, etc. could see refining profits fall by 70% or more by 2035, the report alleges.

“Falling oil demand in a carbon-constrained world would squeeze margins across the industry, and drive the least profitable refineries out of business,” Carbon Tracker writes. “Processing less oil at lower margins means that refinery earnings and hence values could halve by 2035, finds Margin Call: Refining Capacity in a 2°C World. Earnings from the global industry totalled around $147 billion in 2015.”

One obvious take-home point is that there’s serious risk in investing in oil companies nowadays.

“A 2°C pathway sees oil demand peaking followed by major rationalisation in the global refining industry. Many players will exit the market rather than haemorrhage cash,” Andrew Grant, a senior analyst at Carbon Tracker and co-author of the report, said. “Investors should beware that the risk of wasting capital extends to all new investments, including expansions or upgrades to existing facilities.”

The analysis examined 492 oil refineries, which together account for 94% of global capacity. And it actually found that 21% of refineries are already unprofitable. “The 2˚C scenario modelling found Total and Eni are the most exposed, risking a 70%-80% fall in earnings from their refineries by 2035 as demand stalls. Shell and Chevron risk a 60%-70% fall and ExxonMobil and BP a 40%-50% fall. Saudi Aramco, which is due to be part-listed, may see earnings swing to a loss.”

The overall analysis “is based on the International Energy Agency’s 450 scenario[1], which sees oil demand peak in 2020 and then decline by 23% over the next 15 years.”

It should be noted here, though, that the world is currently not really on track to achieve its greenhouse gas emissions reduction targets. A recent report, for instance, found that the world is currently on track to exceed 2030 goals by as much as 30% — and even those goals (which aren’t looking too likely to be achieved) aren’t sufficient to avoid extreme climate warming and instability, according to some researchers.

I’ll end things here, though, with this line from the report: “We consider that prospective investors should be wary of all new refinery investments. When demand growth stalls and turns negative, new investments will carry the risk of failing to earn an adequate return.”