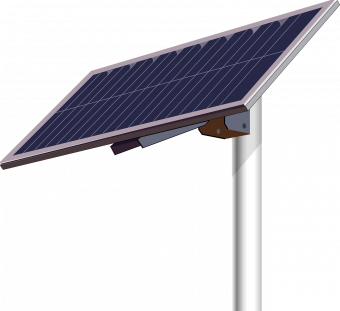 A UK firm that develops street lighting that is fully powered by renewable electricity has launched in Greater Manchester, backed by £1.5m investment from its founder.

The street lights are powered entirely by solar panels and wind turbines attached to each individual lighting unit, and are designed to reduce carbon emissions as well cut energy costs for local authorities.

Dean said his investment in the business – which is a joint venture with Chinese lighting technology firm Gloria Technology – helped Solar Street Lighting to acquire a 30,000 square foot premises at the Ivy Business Centre in Failsworth comprising an office, showroom, and distribution centre.

According to Dean, the firm’s aim is to provide sustainable, affordable, off-grid street lighting that is free from day-to-day running costs.

“In the UK alone over four billion KWh of electricity is consumed by street lighting every year, costing approximately £500m and resulting in over 1.9 million tonnes of carbon dioxide being produced,” said Dean. “By combining wind and solar power with high efficiency LED lighting, our street lighting solution will help to dramatically cut energy bills and reduce carbon emissions.”

The company is not the first to focus on low carbon street lights. Danish lighting firm Scotia earlier this year revealed plans to install the first wave of trial solar-powered street lights in London. Its Monopole street light technology collects solar energy during daylight hours and stores it in batteries after sundown.

Meanwhile, a number of UK councils are turning to LED street lights, which rely on power from the grid, but promise to slash energy use and bills.