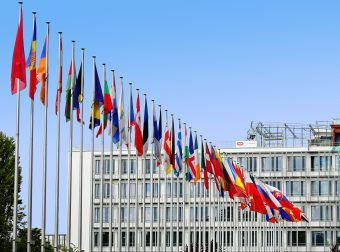 The EU’s energy policy needs to deliver a series of “transformational changes” if the bloc is to help businesses meet their clean electricity goals.

That is the conclusion of a new report from think tank E3G, written on behalf of the business-led clean energy coalition RE100 – whose 83 members have all committed to 100 per cent renewable energy.

The report argues that in order to help ensure the private sector meets its increasingly ambitous renewable energy goals the bloc should adopt more ambitious renewables targets, facilitate free trade of clean energy across borders, retain priority access for renewables projects to the grid, and potentially even encourage renewables to become a default option for firms by implementing a certificate scheme for non-renewable rather than renewable energy sources.

The report pushes strongly for the continued use of priority dispatch, which currently gives clean power priority over other energy sources on European electricity grids. Priority access provides clean energy developer with a key advantage over fossil fuels and advocates argue it also helps bring down wholesale power prices by ensuring output from renewables projects that have minimal marginal costs is maximised. However, critics have argued the policy is undermining investment in essential back up power plants.

RE100 members such as BT, IKEA Group, Google, Nestlé, Royal DSM and Unilever all contributed their experiences to the report.

John Harris, renewable energy investment manager at IKEA Group, said improved legislative frameworks are needed to allow more businesses to invest in renewables. “Whether companies purchase renewable electricity or want to generate renewable power themselves, we are all looking to EU policy to support us in reaching our target of 100 per cent renewable power,” he said in a statement.

EU documents leaked earlier this month have led some businesses to fear priority dispatch could be scrapped from the EU’s renewable energy directive after 2020.

Another leak last week relating to the EU’s Winter Package, which is set to be unveiled on the 30th November, also indicated it could cut back priority dispatch while introducing capacity mechanisms which some experts fear could subsidise new coal plants.

The document also suggested the proposed 27 per cent renewables target for 2030 would have no binding national targets and no effort sharing plan.

The new RE100 report, which comes shortly before the expected release this month of an EU Commission review of the EU Renewable Energy Directive and Market Design Initiative, calls for the EU’s renewables targets to be extended after 2020 to form a minimum baseline for the contribution of Member States through to 2030.

“To scale the benefits of renewable energy we need both business action and policy evolution,” said Thomas Lingard, climate advocacy and sustainability strategy director at Unilever, in a statement. “As more and more leading businesses actively look to source 100 per cent renewable energy, we need a Renewable Energy Directive that supports, not holds back these ambitions.”

Damian Ryan, acting chief executive of The Climate Group – which leads the RE100 initiative along with CDP – said while more companies than ever before are committed to bold climate action, governments “at all levels” need to raise the ambition of long-term climate policies in order to ensure many more firms are able to secure 100 per cent renewable power.

Simon Skillings, senior associate of E3G and author of the report, said the EU “must unleash its potential before it’s too late” if it wants to retain its competitive edge. “That means making it cheap and easy to procure renewable electricity to empower its energy consumers,” he added.