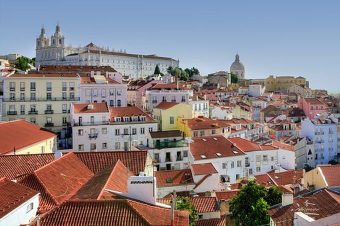 The government of Portugal is now planning to introduce “free zones” in certain parts of the country where self-driving vehicle and drone tech can be deployed and tested more easily through the use of special regulations and investment incentives, Portugal’s industry secretary has revealed.

The idea behind the plan is to further establish Portugal as a good place to base a tech startup, drawing also on the relatively cheap but well educated workforce and the relatively friendly to foreign investment property market (obviously, this isn’t necessarily a good thing for the poorer locals).

“We are working a lot on the regulatory and legal aspects because this is really totally fundamental for opportunities in this area,” stated Industry Secretary Ana Lehmann in an interview with Reuters. “One of the areas we are working on has to do with technological free zones and drones is one of the areas we want to promote … another is autonomous vehicles.”

Reuters provides more: “Many countries are looking at how to allow companies to test new technologies. In Britain, Amazon is carrying out special parcel delivery testing while Alphabet’s Google has tested drone delivery technology in Australia under its ‘Project Wing’. The US government last week approved a plan for expanded drone testing.

“Lehmann said the Portuguese government was working carefully on the laws needed for such zones. The country restricted the use of drones this year to raise public security. We are studying some locations and what is needed … within a legal framework that is very careful because these technologies have an impact. … This is a delicate topic and we want to do it properly.”

As it stands, Portugal’s laws don’t allow for the testing of self-driving vehicles on public roads. Interestingly, though, Daimler (Mercedes-Benz) already possesses a “digital center” in Lisbon where autonomous vehicle tech is being worked on; and of course a number of other major auto manufacturers possess significant operations in the country as well.

As you’ll possibly recall, some parties in Portugal have been lobbying Tesla in recent years, trying to attract a new production facility of some kind — possibly a second or third Gigafactory.

Portugal reportedly has some of the largest lithium reserves in Europe, it should be noted.