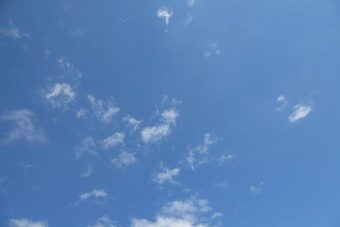 Through its Clean Air Action Plan, the Port of Long Beach in California has managed to greatly reduce local air pollution levels, according to the most recent annual Emissions Inventory.

Altogether, the Port of Long Beach has managed to reduce local diesel particulate matter air pollution by 88%, and nitrogen oxide air pollution by 56%. Local greenhouse gas emissions were also reduced by 22% — all compared to 2005 levels.

Much of these reductions are the result of the first phase of the zero-emissions Long Beach Container Terminal opening on Pier E last year.

Green Car Congress provides some background on the news: “As part of the first Clean Air Action Plan adopted in 2006, the Port’s efforts to improve air quality have included the Clean Trucks Program; low-sulfur fuel regulations for ships; increased use of shore power for container ships; and the Port’s Green Flag Vessel Speed Reduction Program.

“The Port remains focused on continued reductions through increased use of on-dock rail, advanced clean-air technologies, and joint efforts with Port of Los Angeles to finalize the latest update to the Clean Air Action Plan this fall. With the opening of Long Beach Container Terminal, 11% of the Port’s fleet of cargo-handling equipment is zero-emissions.”

Considering the massive amount of shipping traffic that goes through the Port of Long Beach, the air pollution reductions discussed above are pretty impressive — and should go a long ways towards reducing regional air pollution levels. To elaborate on that, the Port of Long Beach is the second largest port in the US, as determined by traffic volume.