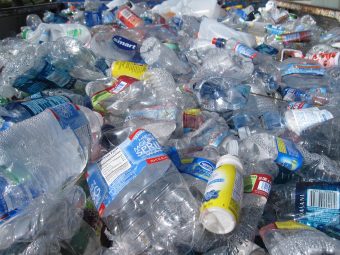 Companies like Coke, Pepsi and Nestle rely on single-use plastic, which is not only polluting the entire planet with waste, but helping to prop up the oil and gas sector and fueling climate change.

For the fossil fuel industry, plastic represents a desperate lifeline. The same companies responsible for overheating the climate, including ExxonMobil, Shell, Ineos, and Chevron Phillips, are also responsible for producing single-use plastic for big brands.

Unfortunately, the answer from the consumer goods sector has been to acknowledge the severity of the issue, dial up the PR machine, run a few reuse pilots and double-down on business as usual: more single-use plastic for generations to come. And, in working to preserve their single-use business model, the consumer goods sector finds itself increasingly aligned with a longtime and troubling ally at the heart of our climate crisis – the fossil fuel industry.

We are being lied to.

Coke and other consumer goods companies claim to be tackling plastic pollution but they are working alongside the fossil fuel industry to perpetuate the big lie: that we can recycle our way out of the plastic crisis.

Only two percent of the plastic waste ever created is recycled in any circular sense of the word. Despite this abysmal track record, the unfounded promise of recycling allows consumer goods brands to justify wrapping their products in plastic packaging used for seconds while polluting for hundreds of years.

Plastic is not just an ocean and waste problem, it is also a climate, health and social justice problem. 99 percent of plastic is made from fossil fuels, like fracked gas and oil, and it contributes to climate change throughout its lifecycle. Plastic is toxic – socially and environmentally – from the moment production begins.

What we’re doing about it

We are disrupting their polluting business model.

Millions of people across the globe are taking action against corporations like Coca-Cola, PepsiCo and Nestle to demand they end their reliance on single use-plastics – signing petitions, engaging local businesses, lobbying governments, pressuring investors and working in their communities to build a future based on reuse.

This surging movement is being felt in corporate boardrooms and government halls across the globe.  There is international consensus that we must act now.

What Greenpeace thinks about this 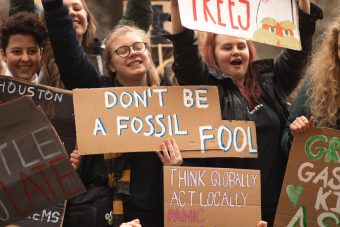 “It’s not surprising that global brand audits have found the same big multinationals to be the world’s top plastic polluters for three years in a row. These companies claim to be addressing the plastic crisis yet they continue to invest in false solutions while partnering with oil companies to produce even more plastic. To stop this mess and combat climate change, big brands must end their addiction to single-use plastic packaging and move away from fossil fuels.”

What needs to happen now

Coca-Cola, Nestlé and PepsiCo have the power to make a real difference. To reduce their plastic footprint and combat the climate crisis, they need to end their reliance on single-use plastic packaging, move away from fossil fuels and support strong government regulation.

When people speak out, big brands listen. If enough people call on these companies to make changes, they can help put an end to the plastic pollution crisis.