When construction worker Abdul Rahman lost his job to Pakistan’s coronavirus lockdown, his choices looked stark: resort to begging on the streets or let his family go hungry. 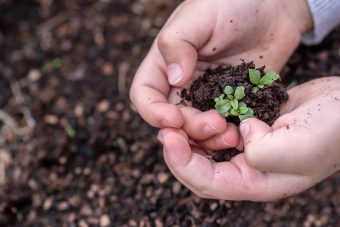 But the government has now given him a better option: Join tens of thousands of other out-of-work labourers in planting billions of trees across the country to deal with climate change threats.

Since Pakistan locked down starting March 23 to try to stem the spread of COVID-19, unemployed day labourers have been given new jobs as “jungle workers”, planting saplings as part of the country’s 10 Billion Tree Tsunami programme.

Such “green stimulus” efforts are an example of how funds that aim to help families and keep the economy running during pandemic shutdowns could also help nations prepare for the next big threat: climate change.

“Due to coronavirus, all the cities have shut down and there is no work. Most of us daily wagers couldn’t earn a living,” Rahman, a resident of Rawalpindi district in Punjab province, told the Thomson Reuters Foundation.

He now makes 500 rupees ($3) per day planting trees – about half of what he might have made on a good day, but enough to get by.

“All of us now have a way of earning daily wages again to feed our families,” he said.

The ambitious five-year tree-planting programme, which Prime Minister Imran Khan launched in 2018, aims to counter the rising temperatures, flooding, droughts and other extreme weather in the country that scientists link to climate change.

The Global Climate Risk Index 2020, issued by think tank Germanwatch, ranked Pakistan fifth on a list of countries most affected by planetary heating over the last two decades – even though the South Asian nation contributes only a fraction of global greenhouse gases.

As the coronavirus pandemic struck Pakistan, the 10 Billion Trees campaign initially was halted as part of social distancing orders put in place to slow the spread of the virus, which has infected over 13,900 people in Pakistan, according to a Reuters tally.

But earlier this month, the prime minister granted an exemption to allow the forestry agency to restart the programme and create more than 63,600 jobs, according to government officials.

While much of the country is still observing stay-at-home orders, local police and district authorities have been told trucks carrying trees should be allowed to travel and villagers permitted to leave their homes to work with the project.

A recent assessment by the Pakistan Institute of Development Economics found that, due to the lockdown, up to 19 million people could be laid off, almost 70% of them in the Punjab province.

Abdul Muqeet Khan, chief conservator of forests for Rawalpindi district, told the Thomson Reuters Foundation that the planting project is in “full swing”.

Much of the work is happening on 15,000 acres (6,000 hectares) of land near the capital Islamabad, he said, as well as on other tracts of state-owned forest land around the country.

This year the programme is employing triple the number of workers it did in its first year, said Malik Amin Aslam, climate change advisor to the prime minister.

Many of the new jobs are being created in rural areas, he said, with a focus on hiring women and unemployed daily workers – mainly young people – who were migrating home from locked-down cities.

The work, which pays between 500 rupees and 800 rupees per day, includes setting up nurseries, planting saplings, and serving as forest protection guards or forest firefighters, he said.

All the workers have been told to wear masks and maintain the mandated two metres (six feet) of social distance between them, he added.

“This tragic crisis provided an opportunity and we grabbed it,” Aslam told the Thomson Reuters Foundation in a phone interview.

“Nurturing nature has come to the economic rescue of thousands of people.”

According to Germanwatch, Pakistan reported more than 150 extreme weather events between 1999 and 2018 – from floods to heatwaves – with total losses of $3.8 billion.

According to green group WWF, Pakistan is a “forest poor” country where trees cover less than 6% of the total area.

Every year thousands of hectares of forest are destroyed, mainly as a result of unsustainable logging and clearing land for small-scale farming, the group said on its website.

With 7.5 billion rupees ($46 million) in funding, the 10 Billion Trees project aims to scale up the success of an earlier Billion Tree Tsunami in Pakistan’s Khyber Pakhtunkhwa province, where the government has been planting trees since 2014.

About 30 million indigenous saplings have been planted in Punjab since the start of the 10 Billion Tree Tsunami – including mulberry, acacia and moringa – said Shahid Rashid Awan, project director for Punjab province.

This year, the project hopes to hit 50 million trees, he said.

Planting season usually ends in May, Awan noted, but programme organisers plan to extend the initiative to the end of June, to keep workers employed for longer.

“We can absorb all the unemployed labourers and workers who have fled the cities and returned to their villages in the past few weeks. This is unskilled work,” he said.

Rab Nawaz, of WWF-Pakistan, said the government’s move is “a very good idea to create green jobs and get people employed.”

But he cautioned that planting trees is just one tool in the fight against climate change, saying there also needed to be investment in improving the ability of farmers and city dwellers to adapt to the effects of a hotter planet.

“The government should be very selective on how it spends money, and focus on resilience,” he urged.

For Aslam, the green jobs initiative is a way to help Pakistan’s workers recover from the coronavirus crisis “with dignity and avoiding handouts”.

“This has taught us the valuable lesson that when you invest in nature it not only pays you back, but also rescues you in a stressed economic situation,” he said.