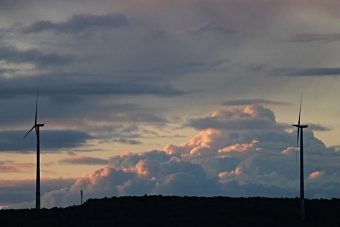 Late last week, Ørsted — formerly DONG Energy — announced that the first of 174 monopiles had been installed 120 kilometers off the coast of Yorkshire, England, measuring 65 meters long and weighing approximately 800 tonnes. When complete in 2020, the Hornsea Project One offshore wind farm will amount to 1.2 GW (gigawatts) and will generate enough electricity to provide for the equivalent of 1 million UK homes.

“After years of planning it is fantastic to see the initial stages of offshore construction begin. My thanks to the teams working day and night on this significant milestone,” said Duncan Clark, programme director for the project.

“Onshore, we are continuing to construct the East Coast Hub which will serve as an operations and maintenance base for our existing wind farms in the area and both Hornsea Project One, and Project Two which we took a final investment decision on last year. These wind farms will not only greatly contribute to the UK’s goal of decarbonising our energy system, they are also bringing jobs and investment to Grimsby and the North East.”

The monopiles are being installed by offshore marine engineering company GeoSea, using the installation vessel Innovation, which is able to carry four monopiles at a time. Innovation will complete the installation of all the monopiles, and then begin work on installing some of the transition pieces, and will be joined in March by offshore wind farm installation company A2Sea’s vessel Sea Installer. Back in July of 2017, GeoSea acquired full ownership of A2Sea from DONG Energy and Siemens.

Innovation is a self-elevating vessel which can extend four legs down to the ocean floor and jack itself up to act as a stationary offshore installation platform. The vessel has a capacity of 31,400 tonnes and can accommodate 100 people onboard.