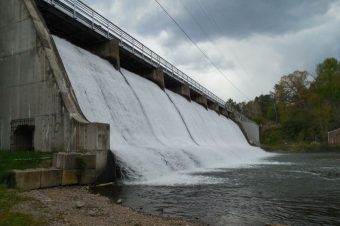 A trio of French energy associations have completed a study outlining seven steps for increasing hydroelectric power within the European country.

The paper is titled “Hydropower at the Crossroads: Giving New Momentum to the No. 1 Renewable Energy” and was prepared by Union Francaise de l’Electricite, Syndicat des Energies Renouvelables and France Hydro Electricite.

According to the report, France has about 25.4 GW-worth of hydroelectric capacity installed, accounting for around 60% of its total renewable portfolio. And though the goal of the three organizations is to “maintain, sustain and develop” the French hydro sector, the study notes that a slowing market and increasing regulations could have a negative impact — even as the country moves to meeting terms of the Paris Climate Agreement.

Reacting to this slowing trend, the paper establishes seven steps across three themes

Coordinating national and European policies for better alignment, including:
1) Ensuring coherence of policies;
2) Assessing the real impact of proposed policies; and
3) Improving dialogue and consultation.

Ensuring economic decisions and tax frameworks incentivize the maintenance and development of hydropower, including:
4) Relieving local tax burdens on development; and
5) Establishing a stable and incentivized framework.

Recognizing the value of services delivered by hydro to the electrical system, by:
6) Establishing a model to support pumped storage system; and
7) Recognizing hydro for its supply-demand balance and security.

“Hydro is at a crossroads, but urgently needed for its hand in both the clean energy transition and economic impact,” the report said.

France has a national goal of meeting 23% of its total energy needs with renewable resources by 2020. This will be met in part by a scheme that would see the country spending US$26.6 million — or $532.5 million total — on hydroelectric resources over the next 20 years.

Beneficiaries of this support scheme will be selected through a tender. Plants with a capacity of less than 500 kW may receive a feed-in tariff, while bigger installations will receive their support in the form of a top-up payment or “feed-in premium,” which will fluctuate depending on the market price for electricity.

The plan was endorsed by the European Commission in February and seeks to add 60 MW of additional hydropower capacity.