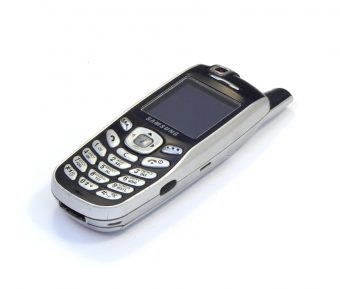 Forget panning for gold or extracting copper ore. A new study shows that recovering metals from discarded electronics, a process known as urban mining, is far less expensive than mining them the traditional way.

If you’re reading this, you’re part of one of our planet’s biggest problems: e-waste. Eventually, your smartphone slows down or you simply give in to the hype and decide it’s time to upgrade. You may forget all about your discarded device the minute you get your hands on its shiny new replacement, but the planet won’t.

In 2016 alone, the world discarded 44.7 million metric tons of unusable or simply unwanted electronics, according to the United Nations’ 2017 Global E-Waste Monitor report. That’s 4,500 Eiffel Towers-worth of phones, laptops, microwaves, and TVs. Only 20 percent of this e-waste was properly recycled that year. The rest was likely either incinerated, pumping pollution into the atmosphere, or added to a landfill somewhere, with its toxins now leaking into our soil and water supply.

So. Simply trashing our electronics is bad for the environment, but that’s clearly not enough to prevent the practice. What may be enough, though, is the news that those discarded electronics could be a literal gold mine.

Of course, we already knew electronics contain precious metals in addition to all that glass and plastic. While a single smartphone might not contain all that much, consumers buy about 1.7 billion of the devices each year. In just one million of those, you’ll find roughly 75 pounds of gold, 35,000 pounds of copper, and 772 pounds of silver.

It all adds up. But according to a press release from the American Chemical Society, no one was quite sure whether mining it was economically worthwhile.

To clear up that issue, a trio of researchers from Beijing’s Tsinghua University and Sydney’s Macquarie University conducted a study, the results of which are now published in the journal Environmental Science and Technology.

First, the researchers collected data from eight recycling companies in China. They calculated all the costs associated with mining gold and copper from recycled television sets – from gathering the e-waste to paying for the equipment and buildings needed to recycle it.

After they figured that out, they factored in government subsidies and the money the companies could make selling the various components into the equation. Lastly, the researchers compared the total cost of this urban mining to that of ore mining and concluded that ore mining was 13 times more expensive.

Of course, not every nation has the same subsidies as China, nor will all the costs of recycling be the same everywhere. However, China is the world’s largest producer of e-waste, according to the UN report. If companies in that nation see they can make money by mining metals from e-waste, it could have a big impact on the overall problem.

Maybe more Chinese companies get into the business of urban mining. Perhaps companies in other nations start looking into the practice. Or maybe, just maybe, you’ll think twice about what to do with your lame old smartphone once you get your hands on its replacement.