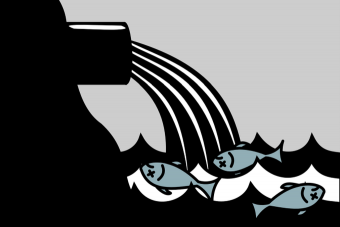 Limiting industrial pollution like petroleum-based oil could be key to preserving ecosystems like the Great Barrier Reef, a new study has found.

The world-first research found the presence of the substance caused six fish species that inhabit the Queensland reef to engage in risky behaviour.

‘The fishes also had trouble selecting suitable habitats, swam toward open waters and could not swim away quickly from danger,’ she said.

The study found that concentrations of oil equivalent to a couple of drops in a swimming pool could have an impact on their decision-making.

University of Texas lead author Jacob Johansen said the study showed there could be ‘major consequences’ for coral reefs, fish and tourism operators if there was an oil spill.

‘Over the past 35 years many of the world’s coral reefs have declined,’ he said.