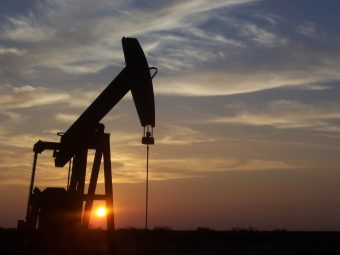 Oil and gas companies in North America are lagging behind their European counterparts in cleaning up their operations, new research has found, with higher greenhouse gas emissions and less investment in clean alternatives.

ExxonMobil and Chevron of the US, alongside Canada’s Suncor, ranked lowest in a review conducted by the Carbon Disclosure Project (CDP) of 11 of the world’s biggest oil and gas companies. At the top of the table came Statoil of Norway, Italy’s Eni and the French company Total.

Companies were rated on criteria including their greenhouse gas emissions and their asset mix, which is determined by the hydrocarbons they extract, and the methods used; their climate-related goals, such as investments in renewables and other forms of low-carbon energy, if any; whether they make efforts to capture and use methane, or flare it; their use of water, and whether they are likely to be affected by water shortages; and the efficiency of their operations.

The North American companies ranked so low in part because of their exposure to tar sands, particularly in Canada, and their lack of investment in conventional gas. This is in part explained by the history and geography of the different companies involved: Suncor, for instance, from its headquarters in Montreal, set up the first commercial operation to exploit the Canadian oil sands in the 1960s; while Statoil, with its history of exploration in the North Sea, has had a longer focus on conventional gas.

However, factors such as investment in alternatives to fossil fuels, and efforts to reduce emissions from their operations, are matters that are within each company’s control. European companies also face more pressure from governments and activists to become cleaner and reduce emissions, while such pressure is likely to abate further in the US in the next few years under the presidency of Donald Trump and a Republican-dominated Congress.

Three major companies – Saudi Aramco, Russia’s Rosneft and PetroChina – were unranked in the CDP report, entitled In the Pipeline and published on Tuesday, because they refused to respond to the organisation’s questions.

The Bank of England is also pursuing greater disclosure on climate change issues from the oil and gas sector, with a view to assisting investors. Mark Carney, the governor, has asked a taskforce on climate-related financial disclosure to report to him in December, giving information that would be useful for investors to judge the climate strategies of fossil fuel companies.

Paul Simpson, chief executive of the CDP, said: “There are reasons to be optimistic. Some oil and gas majors have the balance sheets to transition to much lower carbon business models, and play a key role in implementing the goals of the Paris agreement.”

Tarek Soliman, senior analyst for investor research at the CDP, said: “On both sides of the Atlantic, international oil and gas majors need to look at how they fit into an energy system which achieves the goals laid out in the Paris agreement. Our research shows that European companies have been more active in developing transition strategies for the coming decade, which is expected to feature peak oil demand, and are starting to implement these. But more needs to be done across the board.”