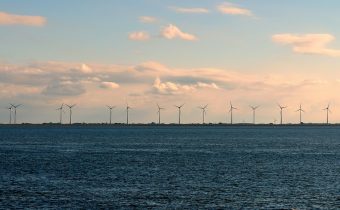 New York State has announced a plan to procure around 800MW of offshore wind power by 2019.

Governor Andrew M. Cuomo said the move would support its goals of owning 2,400MW of new offshore wind generation by 2030, enough to power 1.2 million households, as well as its target of sourcing half of its electricity from renewables by 2030.

Through these solicitations, the New York State Energy Research and Development Authority (NYSERDA) will procure Offshore Wind Renewable Energy Certificates from awarded facilities, which will then be sold to electric utilities and other companies.

NYSERDA hopes to make the most of declining wind costs and estimates by 2030, New York can create an industry able to support nearly 5,000 new jobs in the manufacturing, installation and operation of offshore wind facilities.

Governor Cuomo said: “This action represents another major step toward establishing a clean energy future that is secure, reliable and cost-effective.

“Robust offshore wind development is not only critical to meeting our clean energy and carbon reduction goals, this investment has the potential to create thousands of jobs and fuel a $6 billion (£4.6bn) industry for New York as it combats climate change.”