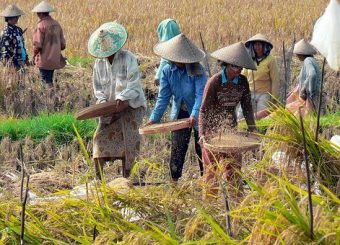 Rice is a staple for more than 3.5 billion people, including most of the world’s poor. But it can be a problematic crop to farm. It requires massive amounts of water and the paddies in which it grows emit methane, a potent greenhouse gas.

To tackle such issues, the United Nations Environment Programme (UNEP) has been working with the Shanghai Agrobiological Gene Center to develop strains of rice that are drought resistant and don’t need to be planted in paddies. The research, say, experts, could help bolster food security at a time when COVID-19 is threatening to propel more people into hunger.

The study, which runs from 2017 to 2021, is funded by the Government of China and falls under the China-Africa South-South Cooperation arrangement.

“China has lots of experience growing rice and this collaboration with China is a first,” says UNEP ecosystems expert Levis Kavagi, who has been closely involved with the project.

Researchers have developed and tested over 50 varieties of rice in Ghana, Kenya and Uganda. They evaluated how the grains grow at different elevations and, importantly, how they taste.

WDR 73 also doesn’t need to be planted in a flooded paddy. That’s important for several reasons.

Transporting seedlings into flooded fields is a laborious process. Paddies are breeding grounds for malaria-carrying mosquitoes. Water shortages, sparked by climate change, are expected to make filling paddies a challenge in many countries. And paddies themselves vent massive amounts of methane –  up to 20 percent of human-related emissions of the greenhouse gas, according to the Intergovernmental Panel on Climate Change.

Growing rice on relatively dry land also reduces the ever-growing quest to open up wetlands, havens for birds and other animals, to farming.

“Usually the most suitable land for growing rice also tends to be next to, or in, wetlands or flood plains,” says Kavagi. “Expanding agricultural land involves draining the wetlands. This leads to loss of biodiversity, and reduced water purification and climate regulation services provided by wetlands.”

The ultimate goal of the project is to get a national certification of WDR 73, allowing it to be broadly disseminated to farmers. The project is part of a larger effort by China, African countries and UNEP to develop better rice varieties, improve livelihoods and bolster food security. 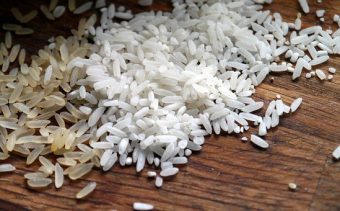 “The project shows that with new rice varieties it is possible to achieve the multiple objectives of food security, biodiversity and nature conservation – and fight against climate change,” says Kavagi.

Technical details of rice trials in Ghana, Kenya and Uganda

In Kenya, trials were conducted over three growing seasons in Mwea (central Kenya), Busia (western), and Mtwapa (coastal area). Rice variety WDR 73 performed well compared with the local Basmati varieties. The growth duration varied from 125 days in Mtwapa, to 150 days in Mwea and Busia, where the altitude is over 1,000m. Average grain yield was 5.1 to 9.0 tonnes per hectare. Plant height was 100-110 cm, which shows that this variety is tolerant to rice blast disease and displays good drought-resistant qualities compared to Basmati varieties.

In Bolgatanga, a drought-prone area in northern Ghana, WDR 73 growth duration was 105 days and plant height 110-120 cm, while the grain yield was 6.0 tonnes per hectare.