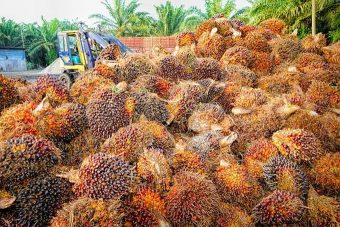 MEPs have voted overwhelmingly to ban biofuels made from vegetable oils including palm oil by 2020, to prevent the EU’s renewable transport targets from inadvertently contributing to deforestation.

The motion has stirred a diplomatic hornet’s nest, with seven countries – including Indonesia, Malaysia, Costa Rica and Ecuador – warning of a trade dispute if the ban is acted upon.

While the report is not binding, EU lawmakers are now drawing up amendments to EU legislation which would be legally enforceable if approved by the European commission and council.

The proposals could also be included in a palm oil assessment that the commission is expected to publish later this year.

“Today’s vote is just the beginning,” said Kateřina Konečná, the report’s rapporteur. “The European parliament has showed that it will no longer be silent on this issue, and we have asked the commission to act.”

Industry associations representing some biofuels sectors welcomed the parliamentary vote, with some calling for MEPs to go further.

Emmanuel Desplechin, the secretary-general of the European renewable ethanol association, said: “We call on the European parliament to translate its position into binding requirements and limit the contribution of transport fuels from palm oil and its derivatives to the share of renewables in transport in the renewable energy directive until peatland drainage is halted.”

At issue is the role played by the EU’s target of sourcing 10% of transport fuels from renewables by 2020 in driving deforestation. The mandate’s introduction coincided with a five-fold increase in the use of palm oil for biodiesel, according to trade data.

Studies have found (pdf) that overseas demand for palm oil, soy, beef, wood and other agricultural products are key drivers of illegal forest clearances in Indonesia, Malaysia and other countries.

Tropical forests now account for just 7% of the world’s vegetation but are under threat from a predicted doubling in palm oil demand by mid-century.

Palm plantations are already estimated to cover up to 27m hectares of land globally, a landmass the size of New Zealand, and even this may be an underestimate.

Analysis by the Zoological society of London last month found that nearly a million hectares of undisclosed land owned by the world’s major palm oil companies had gone missing from the inventories.

But trade associations aligned with vegetable oil-based crop holdings say that robust action could threaten the livelihoods of smallholders – 40% of palm oil producers – just as palm oil-producing-countries have begun taking steps to limit the damage done by unsustainable practices.

“Instead of cutting back, the EU should instead go further in its support,” said Anita Neville, a sustainability VP at Golden Agri-Resources, Indonesia’s largest grower of oil palm. “The EU can achieve much more by acting as a powerful incentive for sustainable development than by limiting ties.”

“A ban is not constructive,” agreed Jelmen Haaze, the co-chair of the European sustainable palm oil advocacy group. “It is an illusion to think we can take one commodity out of the economy and solve all our problems.”

Speaking at the Strasbourg plenary yesterday, Karmenu Vella, the EU’s environment commissioner, welcomed the study and pledged to report on the feasibility of new action to halt deforestation by mid-year.

“We also have to look, for example, at our own consumption of agricultural commodities that are often associated with deforestation, such as soy and palm oil, here in the EU,” he said.

Europe’s lobby of biofuels producers is one of the most powerful in Brussels, spending €14m a year and employing 400 lobbyists in total – more than the commission’s entire energy directorate, according to Oxfam.