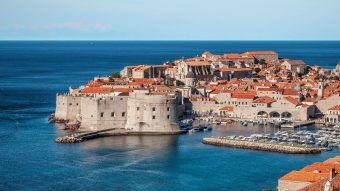 Rising inequality, biodiversity loss, the growing impact of climate change and unrelenting pressure on natural resources could lead to irreversible environmental damage in the Mediterranean basin, according to a new report by the UN Environment Programme (UNEP).

State of the Environment and Development in the Mediterranean finds that, unless urgent and resolute action is taken to halt current trends, environmental degradation could have serious and lasting consequences for human health and livelihoods in the region. Last published in 2009, the report is produced by Plan Bleu, a regional activity centre of the UNEP Mediterranean Action Plan (MAP).

According to the report, 15 percent of deaths in the Mediterranean are attributable to preventable environmental factors; in 2016, more than 228,000 people died prematurely from exposure to air pollution. The region – one of the world’s most coveted tourism destinations (360 million arrivals in 2017) and one of its busiest shipping routes – is polluted by an estimated 730 tonnes of plastic waste every day. The presence of more than 1,000 non-indigenous species also poses threats to biodiversity, and the region is warming 20 per cent faster than the global average.

“By shedding light on the mistakes of the past, the report’s findings can guide a green renaissance in the Mediterranean. Embarking on greener development paths now can halt the environmental degradation trends and salvage hard-won achievements in the implementation of the Sustainable Development Goals (SDGs),” said Gaetano Leone, Coordinator of the UNEP/MAP-Barcelona Convention Secretariat.

With GDP on the European shore on average three times higher than in south and east Mediterranean countries, the report indicates that the region, which is home to more than 512 million people, is not on track to achieve the SDGs by 2030.

“The future of the Mediterranean is on the line. In the past few months, the world has been wondering what the world will be like in the future. This is the third issue of the SoED report since 2005 and very little has changed since. If we want to protect the Mediterranean for present and future generations, we can no longer afford piecemeal steps. We must embark on drastic changes in our relationship with nature”, said François Guerquin, Director of Plan Bleu.

In order to induce transformative change that tackles the drivers of environmental degradation, the report identifies five levers of action:

Intersectoral cooperation: ensuring that shifting development pathways are shared by all sectors, not just administrations in charge of the Environment, and prioritising sustainability in all sectoral policies.

Preventive action: implementing measures that prevent degradation, which are generally less costly and lead to better environmental and social outcomes than clean-up and curative action.

Resilience-building under uncertainty: directing action and investment towards adaptation to projected environmental stresses, including by harnessing nature-based solutions.

Enforcement of legal obligations: promoting the adoption of provisions in national legislation to allow for accountability and legal action, and strengthening the legal and administrative mechanisms involved in enforcement including those undertaken by the Mediterranean countries under the Barcelona Convention and its Protocols.

The report provides a foundation for evidence-based environmental action in the region; its authors stress the urgent need for appropriate and effective policy responses to alleviate pressure on the environment while meeting pressing human development needs. 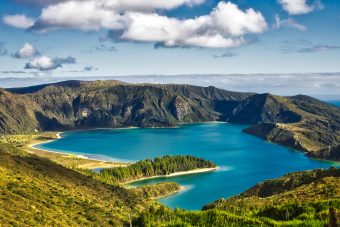 The State of the Environment and Development (SoED) is a comprehensive assessment of the environment and development in the Mediterranean region. Its production entailed a two-year effort of knowledge compilation undertaken by 150 experts mobilized from across the region by Plan Bleu. Representatives of the Contracting Parties to the Barcelona Convention (21 Mediterranean countries and the European Union), for which UNEP serves as Secretariat, took part in the SoED preparation process.

About the UN Environment Programme (UNEP)

UNEP is the leading global voice on the environment. It provides leadership and encourages partnership in caring for the environment by inspiring, informing and enabling nations and peoples to improve their quality of life without compromising that of future generations.

The UNEP Mediterranean Action Plan (MAP)/Barcelona Convention is a multilateral environmental agreement that provides the context in which the 21 coastal countries of the Mediterranean and the EU cooperate for the protection of the marine and coastal environment in the context of sustainable development of the region.

Hosted by France since 1977, Plan Bleu is one the Regional Activity Centres of the United Nations Environment Programme / Mediterranean Action Plan (UNEP/MAP) acting as a regional observatory on the interactions between Environment and Development. Located in Marseille, France, Plan Bleu is mandated by the Contracting Parties to the Barcelona Convention for producing systemic and thematic assessment and foresight reports.