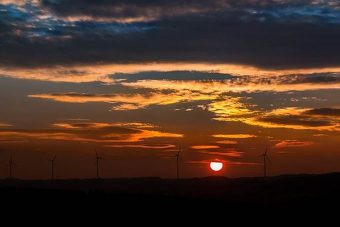 Mayors from across the nation joined with the Sierra Club’s Ready for 100 campaign Wednesday to announce a new effort to engage and recruit mayors to endorse a goal of transitioning to 100 percent renewable energy.

Ahead of the U.S. Conference of Mayors annual meeting in Miami Beach in June, the launch of Mayors for 100% Clean Energy aims to demonstrate bold local leadership and showcase the depth and breadth of support from city leaders for a transition to 100 percent renewable energy.

“We have already taken steps to expand renewable energy and we will continue to improve our infrastructure and innovate clean energy solutions for a stronger Miami Beach,” said Mayor Levine. “Climate change may be the challenge of our generation, but it is also the opportunity of a lifetime. The transition to clean and renewable energy will both help Miami Beach confront climate change and strengthen our local economy.”

Mayor Biskupski noted that cities contribute about 75 percent of human greenhouse gas emissions, and said Salt Lake City is warming at a rate twice as fast as the global average.

“We can’t ignore climate change because climate change is not ignoring us,” she said. “Among many other risks, we face water shortages, decreased snowpack and threats to our $1 billion ski industry. Cities must adapt to cope with these threats, and that’s also why we must take action to mitigate them.”

Noting that San Diego has become a leading city for solar energy capacity, Mayor Faulconer said that business and environmental groups are cooperating to achieve a mutually beneficial goal of 100 percent renewable energy.

Mayoral leadership has been a powerful driver of city-wide action on climate change and clean energy in municipalities across the country. The Mayors National Climate Action Agenda (Climate Mayors) founded by Los Angeles Mayor Eric Garcetti, former Houston Mayor Annise Parker and former Philadelphia Mayor Michael Nutter, recently released an electric vehicle request for information to demonstrate demand to automakers for nearly 115,00 vehicles that could be electrified in 30 cities.

Now the co-chairs of Mayors for 100% Clean Energy, a number of whom are Climate Mayors, are further demonstrating their commitment to lead nationally on the shared challenge of reducing climate pollution and contributing to Climate Mayors’ framework of local leadership and action.

“Mayors can lead our nation toward a healthier, stronger and more prosperous country by championing a vision of 100 percent clean, renewable energy in their communities,” said Sierra Club Executive Director Michael Brune. “Cities don’t need to wait for Washington, DC to act in order to move the ball forward on clean energy.” 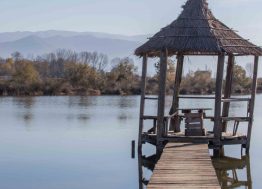 How a Lagoon Became a Frontline Defence Against Climate...