In response to the mounting death toll among critically endangered Asiatic lions, India’s government has launched a project to save Asia’s last free-range population of lions in the state of Gujarat. 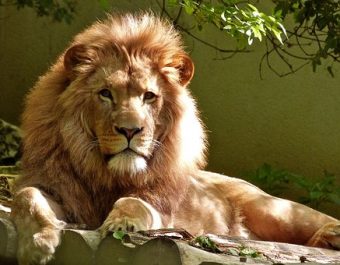 Unlike their cousins in Africa, Asiatic lions aren’t doing all that well in the wild. The last few Asiatic lions now live in Gir National Park and adjacent areas in Gujarat, where a recent viral outbreak led to the deaths of more than 30 lions within a matter of weeks.

The felines may have contracted the canine distemper virus from stray dogs, prompting conservationists to call for a relocation of a number of wild lions from the area in an effort to save them. “Lions could either have caught CDV directly from them or from other carnivores — hyenas, jackals or leopards,” Hari Shankar Singh, a member of India’s Wildlife Board, was quoted as saying.

Asiatic Lions which once roamed far and wide from Iran all the way to Eastern India, but they were nearly driven extinct a century ago by hunting and habitat loss. In 1913 there were a mere 20 wild lions left in 1913.

Thanks to conservation efforts, however, they now number around 500 animals in Gujarat. Yet that is twice the number that the protected area can support so many of the predators have been venturing outside the protected area, which places them at increased risks.

Since 2015 a number of lions have been hit by passing trains and trucks, while more than a dozen are known to have fallen into village wells. Several others have died of electrocution at electric fences erected by local farmers to keep wild animals out of their plots and away from their houses.

Just a few days ago three lions died after being run over by a goods train.