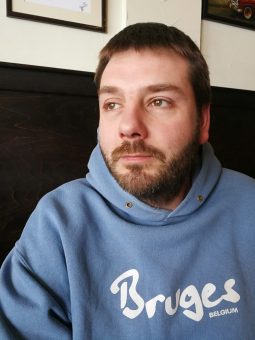 Do you think that small acts of individuals plunge into the river of synergy and reflect onto the society as a whole? You are not lonely in perceiving our world functioning this way. We are prone to comfort ourselves into the self-sufficiency of our small deeds for which we would like that they can indeed move mountains. However, contrary to this general opinion, there are as well those who believe that thinking that we would achieve a great progress if every individual gives a small contribution is misleading.

This is how our interlocutor Mirko Popovic feels about decisions that we are making on both personal and social level. He is an independent consultant on environmental protection, sustainable development and good management.

Instead of making small steps such as turning off our computer when we are not using it, Mirko talks about the right measurements that give more significant results so we could thrive towards a low-carbon economy.

EP: What is the biggest obstacle for Serbia in environmental protection?

Mirko Popovic: It is hard to give a simple answer to this question. Nevertheless, it is important to reassess what is the biggest obstacle in protecting and preventing environmental degradation. I would remind you that about 2.5 million of citizens of Serbia inhale excessively polluted air, that almost a half is not connected to the sewage system, that 123 local governments are using dumps or, to put it nicely, non-sanitary landfills for waste disposal and that 40 local governments have not sent their data to Serbian Environmental Protection Agency. Around 70 per cent of those dumps are not included in the planning documents. The system of the regional centres for waste management is not working. Only 7 per cent of our land is under protection. So, the biggest problem is irresponsibility; degradation and pollution of the environment are only the consequences. The regulations in the field of environmental protection are disrespected and the institutions and authorities that are in charge of law enforcement do not bear any responsibility. There is no doubt that this is the biggest issue. Ever since 2009, when we adopted a set of environmental protection laws, we have had 4 structural changes in the ministry and 5 ministers. It is impossible to accomplish any significant positive change in such conditions. The environmental protection has not been a priority of a single government for the last 6 year. The regulations are created and implemented in order to satisfy the interest of capital and not the citizens’ interest. There is not enough money to be invested in the environmental protection, still two thirds, collected through an environmental fee, are being spent for other purposes. We are a society that is developing contrary to the principles of sustainable development, which nowadays means that we have chosen not to develop. One community could make such choice but, in that case, it has to face the terrible consequences.

EP: Which of the topics in Chapter 27 represents our weakest spot and why?

In 2017, the Minister of Environmental Protection announced that this negotiating chapter should be opened during June or December of 2018. December has come and that did not happen. Mid-year, the state secretary in the Ministry predicted different deadlines and announced that negotiations should start during 2019. I am reminding you that negotiations with the European Union were officially opened in January of 2014. The constant shift of deadlines does not contribute to the predictability of public policies and responsibility. Just the opposite. The most demanding areas are waste and wastewater management, industrial pollution and air pollution. In the same time, those are the most expensive areas. However, I believe that lack of finance is not the biggest barrier. It is necessary to make brave and visionary political decisions. 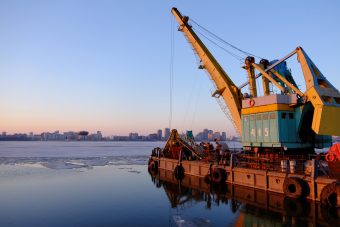 The European Union has clearly established that decarbonisation is a key development concept. Serbia did not make such a decision. The dependence on fossil fuels and the energy system based on the exploitation of poor-quality lignite are essential obstacles. They should be eliminated at the political level. Technology and standards already exist. It is only necessary to apply them.

That is not easy and cannot happen during the night. We have already lost 5 years, counting from the moment when the work on a new energy development strategy began. We have adopted a strategy that represents a defensive wall for further intensive coal exploitation. The contribution to reducing thserbe greenhouse gas emissions that Serbia submitted to the United Nations Framework Convention on Climate Change is an unambitious framework. According to this document, emissions are not reduced, but increased. Environmental policy and negotiations with the European Union cannot and must not be managed with the help of a shell game.

EP:There are numerous studies of the harmfulness of each individual sustainable source of energy. It is certainly minor in comparison to fossil fuels. Yet, looking at all the advantages and disadvantages of pure energy sources, which one would you consider to be the cleanest?

Mirko Popovic: Allow me to disagree with you. There are even more studies pointing to the harmfulness of use of fossil fuels. Look at the latest report of the Intergovernmental Panel on Climate Change. Every intervention in the nature affects the quality of the environment and facilities for the production of renewable energy are not an exception. Nevertheless, these effects are incomparable with the impact resulting from the exploration of coal and other fossil fuels. Furthermore, Serbia is dependent on the import of Russian gas. A poorly planned and poorly implemented wind power plant or hydroelectric power project can inflict irreparable damage. 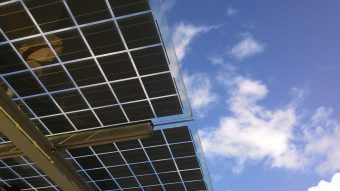 For this reason, attention should first be paid to the process of project planning and implementation, plus – compliance with standards, especially those relating to environmental impact assessment, should be ensured. Serbia has the potential to use wind, solar and biomass energy that can provide energy transition and decarbonisation of the energy sector.

These are three key resources whose further exploitation should facilitate the transformation of the energy sector. Key barriers are not in the domain of ecoenomy or availability of resources, their nature is administrative. Without investing in the development of the network it is possible to install about 900 MW wind farms in this moment. The focus should be on biomass utilisation. Biomass is a locally available resource that could, first of all, be used by the local community to transform the district heating system, reduce pollution and cut costs. Energy transition does not only include the electricity generation. At the moment, Serbia has a negative balance when it comes to gas imports and exports of raw wood. Instead of creating opportunities for the exploitation of wind, solar and biomass, Serbia has chosen to pay attention to the development of small hydropower plants. How and when we, as a society, have chosen to follow this strategic development direction? Small hydropower plants make up the production of renewable energy in a negligible percentage and, on the other hand, they inflict irreparable damage to local natural resources, primarily due to the lack of data necessary for project planning.

Read the whole interview in the new issue of the Energy portal Magazine on CLEAN ENERGY, December 2018. – February 2019.