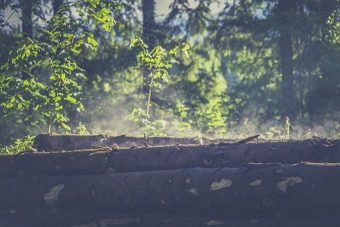 If you want a feel-good story about a country that takes climate change seriously and is willing to take significant steps to protect the environment, China is a good place to start. Long the poster child for poisonous air, foul waterways, and coal-fired power plants, the country declared a war on pollution back in 2014, before the Paris climate accords were agreed to.

As part of its cleanup campaign, China has been installing vast amounts of renewable energy from wind, solar, and hydroelectric sources and decommissioning coal-fired power stations as quickly as possible. It is also pushing the EV revolution hard with both financial and regulatory tools and may be one of the first nations to ban the sale of cars with internal combustion engines. It’s fair to say that China is putting its money where its mouth is when it comes to getting its own house in order.

Now China has announced a new reforestation program that will plant enough trees in 2018 to cover an area the size of Ireland. Forests already cover 21.7% of the country. That figure is set to increase to 23% by 2020 and 26% by 2035, according to a report in The Telegraph. Zhang Jianlong, head of China’s State Forestry Administration, says, “Companies, organizations and talent that specialize in greening work are all welcome to join in the country’s massive greening campaign. Cooperation between government and social capital will be put on the priority list.”

Zhang says China has invested more than $65 billion in new forests in the past 5 years. That push has brought the total amount of forested land in the country to 208 million hectares — or just over 800,000 square miles. The new reforestration program will take place in Hebei province in the northeast, Qinghai province on the Tibetan plateau, and in the Hunshandake Desert in Inner Mongolia.

To preserve its forests, China has promulgated “ecological red line” policies intended to prevent local governments from engaging in “irrational development” and construction near forests, rivers, and national parks. That is in sharp contrast to the United States, where irrational development near forests, rivers, national parks, and offshore areas is now considered desirable.