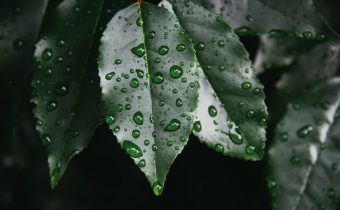 More than three billion people live in agricultural areas with high to very high levels of water shortages and scarcity, and almost half of them face severe constraints. Furthermore, available freshwater resources per person have declined by more than 20 percent over the past two decades globally, underscoring the importance of producing more with less, especially in the agriculture sector, the world’s largest user of water.

Improved water management, supported by effective governance and strong institutions – including secure water tenure and rights, underpinned by sound water accounting and auditing – will be essential to ensure global food security and nutrition, and contribute to the Sustainable Development Goals (SDGs), according to The State of Food and Agriculture (SOFA) 2020 – a flagship report published today by the Food and Agriculture Organization of the United Nations.

“With this report, FAO is sending a strong message: water shortages and scarcity in agriculture must be addressed immediately and boldly,” FAO Director-General QU Dongyu said while presenting the report. “Water is essential, not only for agriculture but for livelihoods and civilizations to continue.”

Paths for action range from investing in water-harvesting and conservation in rainfed areas to rehabilitating and modernizing sustainable irrigation systems in irrigated areas. These must be combined with best agronomic practices, such as adopting drought-tolerant crop varieties, and improved water management tools – including effective water pricing and allocation tools, such as water rights and quotas – to ensure equitable and sustainable access. Water accounting and auditing must be, however, the starting point for any effective management strategy.

Achieving the internationally agreed SDG pledges, including the Zero Hunger target (SDG 2), “is still achievable,” the SOFA emphasizes – but only by ensuring more productive and sustainable use of freshwater and rainwater in agriculture, which accounts for more than 70 percent of global water withdrawals. 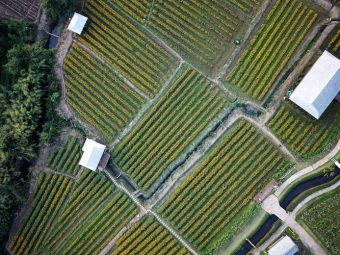 FAO’s SOFA report in 1993 also focused on water issues, and today it is striking how the findings presented then remain valid and relevant today. While the previous report focused on irrigation, the new edition broadens its scope to cover water-related challenges in rainfed agriculture, which represents more than 80 percent of land under cultivation and 60 percent of global crop production.

FAO is the custodian of SDG Indicator 6.4.2, which measures the pressure of human activities on natural freshwater resources, and SOFA offers the first spatially disaggregated representation of how things stand today – which, when meshed with historical drought frequency data, allows for a more holistic assessment of water constraints in food production.

About 1.2 billion people – 44 percent of them in rural areas and the remainder in small urban centers in the countryside – live in places where severe water shortages and scarcity challenge agriculture. Around 40 percent of them live in Eastern and South-eastern Asia, and a slightly higher share in Southern Asia. Central Asia and Northern Africa and Western Asia are also severely affected – about one of every five people live in agricultural areas with very high water shortages and scarcity, compared to less than 4 percent in Europe, Latin America and the Caribbean, Northern America and Oceania. 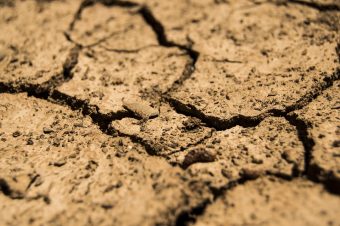 About 5 percent of people living in sub-Saharan Africa live in similar conditions, meaning that about 50 million people live in areas where severe drought has catastrophic impacts on cropland and pastureland once every three years.

About 11 percent of the world’s rainfed cropland, or 128 million hectares, face frequent drought, as does about 14 percent of pastureland, or 656 million hectares. Meanwhile, more than 60 percent (or 171 million hectares) of irrigated cropland is highly water stressed. 11 countries, all in Northern Africa and Asia, face both challenges, making it urgent and necessary to adopt sound water accounting, clear allocation, modern technologies and to shift to less thirsty crops.

“The inherent characteristics of water make it difficult to manage,” the SOFA report notes.

“Water should be recognized as an economic good that has a value and a price,” it says – a point emphasized by the Director-General – noting that customary practices leading it to be treated as a free commodity often create market failures. A price that reflects the true value of water, by contrast, sends a clear signal to users to use water wisely. At the same time, policy and governance support to ensure efficient, equitable and sustainable access for all is essential.

Three main points of entry for action are in the technical and management arena, in institutions and legal frameworks, and the overall policy environment, said FAO Chief Economist Maximo Torero during the virtual event to launch the report. “Strengthening trust between actors is central,” he added, noting that a robust and shared data base on water availability can facilitate reaching agreements on required trade-offs. 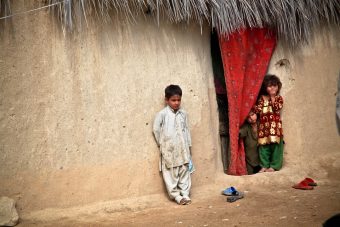 “Water management plans need to be problem-focused and dynamic,” the report recommends. SOFA notes that the rural poor can benefit substantially from irrigation and endorses its cautious expansion. Between 2010 and 2050, harvested irrigated areas are projected to grow in most regions of the world and to more than double in sub-Saharan Africa, potentially benefiting hundreds of millions of rural people.

The report notes that, in some cases, small-scale and farmer-led irrigation systems can be more efficient than large-scale projects. That’s a promising path for sub-Saharan Africa, where surface and underground water resources are comparatively undeveloped and only 3 percent of cropland is equipped for irrigation – and where expanding small-scale irrigation can be profitable and benefit millions of rural people. However, many factors impede adoption, including lack of secure water tenure and access to finance and credit. In Asia, declining large-scale state-funded surface irrigation have led to farmers tapping directly into groundwater, placing excessive pressure on the resource. Addressing these issues will require investing in modernizing old irrigation schemes, as well as effective policies.

Full-fledged water markets involving the sale of water rights are relatively rare. However, when water accounting and auditing is well performed, water tenure and rights are well established, and the active participation of beneficiaries and managing institutions is promoted, regulated water markets can induce efficient and equitable allocation of water, while promoting its conservation. 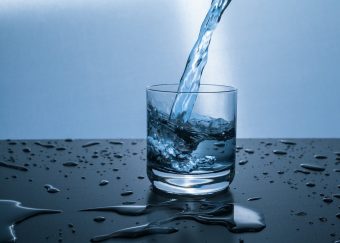 Guest speakers at today’s launch event, Mohammed Ait Kadi, President of Morocco’s General Council of Agricultural Development, and David Zilberman, professor at the University of California, Berkeley, both expressed support for the SOFA recommendations, with the latter underscoring the need for pricing mechanisms and the former calling for strategies to achieve “more food security per drop of water.”

Robust calculations of water footprints should be developed and used, leveraging the process of developing the carbon footprint concept, FAO Chief Scientist Ismahane Elouafi said in her concluding remarks.

-The average amount of freshwater per person in 2017 was about 43 000 m3 in Oceania, while barely reaching 1 000 m3 in Northern Africa and Western Asia.
-Total water withdrawals per capita are highest in Central Asia, reaching almost 2 000 m3 per person in 2017, compared to less than 130 m3 in sub-Saharan Africa.
-In least developed countries, 74 percent of rural people do not have access to safe drinking water.
91 countries have national plans for rural drinking water, but only nine have allocated sufficient funding to implement them.
-Around 41 percent of current global irrigation occurs at the expense of environmental flow requirements, which are essential to sustain ecosystems that provide life-supporting functions.
-Biofuels require 70 to 400 times more water than do the fossil fuels they replace.
-Major forests in areas such as the Amazon, Congo and Yangtze river basins are important sources of water vapour for areas downwind and are, therefore, crucial to rainfed agriculture.