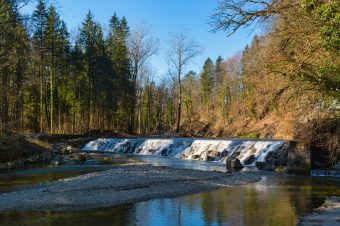 With an ever more ambitious global green agenda coming into focus, states, markets, blocs and businesses are working to go carbon-neutral in time to keep world temperature rises from exceeding 2C and, preferably, the more ambitious target of 1.5C.

But, to achieve their goals, those taking action in so many different fields – who each started by developing their own bespoke vocabulary to describe greening their work – must now all learn to speak the same climate language.

There isn’t long for them to create and learn this shared language and find uniform ways of measuring climate change and taking concerted action, either.

Climate scientists have identified 2030 – just 10 years away – as the date by which global net human-caused emissions of carbon dioxide (CO2) need to fall about 45 percent from 2010 levels if the world is to reach the target of “net zero” emissions by 2050 and keep temperature rises in check.

So words like “alignment” and “systemic” – describing the need for everyone, everywhere to use a shared climate vocabulary – are being used with increasing urgency in the green world, as increasing numbers of new partners come together to work out how to move forward together.

“In general, we are basically looking to find a common language,” explains the EBRD’s Carel Cronenberg.

A significant step forward comes this autumn in the shape of the Platform on Sustainable Finance, a new body of 50 experts and 10 special observers in the climate, environmental, sustainable finance and social or human rights expertise.

The Platform is one building-block in the European Union’s strong ambition to green its economy, set out in its wide-ranging European Green Deal announced last December.

Selected by the European Commission, the Platform started work on 1 October and will consult with multiple industry and other parties as it works towards categorising what green means for all of them and how to measure it.

The Platform will expand the work done over the past two years by the earlier Technical Expert Group (TEG) – which has compiled a “dictionary” of EU sustainable finance, the EU Taxonomy, agreeing detailed shared definitions of what is considered green in climate mitigation and adaptation.

“The Platform will specifically focus on the development threshold criteria that will directly be applied is input for legislative purposes. It is different from the TEG, which was working more like a think-tank, with a relatively broad mandate and with only an indirect connection with EU legislative processes. As a result the Platform is much more formal and structured,” says Mr Cronenberg, the coordinator of the five EBRD members of the Platform, and previously a member of the TEG.

The EBRD, which already works across the spectrum of sustainable investment, has valuable contributions to make to the Platform’s work, he adds.

“We will be strongly involved in sector groups and working on specific components such as the circular economy and on pollution prevention and control.”

The EBRD, with countries of operation both inside and outside the EU, has a special role to play in representing the views both of the newer EU member states, such as Poland, Bulgaria or Romania, which have conditions that make it more challenging to implement some of the required threshold criteria, as well as of EU neighbours such as Turkey or Middle Eastern countries or Ukraine, so that the Taxonomy may be used outside the EU as well.

The EBRD’s project experience in the private sector will be useful in shaping the discussions; and being closely involved in the development of sustainability criteria will in turn give the EBRD expertise that can be put back into its own project development and discussions with our clients.

Mr Cronenberg is also taking part in the work done by a parallel group fostering greater alignment – the International Platform on Sustainable Finance. This worldwide organisation discusses how standards are evolving in different parts of the world, and helps to bridge the gap between different developments and make sure they are aligned rather than undermining each other.

“These platforms are both very good for helping develop this common language,” Mr Cronenberg says.

There are more bodies at work on bridging gaps and establishing shared reference points. One is the Network for Greening the Financial System (NGFS), a coalition of the willing gathering central banks and national supervisors for the financial sector, working on climate and green finance issues.

“There is a need to synchronise watches between what’s happening on a policy level with the EU, in the green bond markets, and what central banks and financial supervisors are doing and what regulations they impose on their countries. It’s quite a complex situation, but very important that we sit together and find out where we are fully aligned and where there are misaligned activities,” says Mr Cronenberg.

“There are currently three types of language being developed – one on a country or United Nation (UNFCCC) level, a climate policy level. There’s a second set of language for people working on climate risk; the TCFD (Task force on Climate-related Financial Disclosures) is very much about the private sector taking the financial risks and opportunities related to climate change into account in corporate strategies and reporting. And there’s a third area where language being developed, which is in the area of dedicated climate investments – if you talk about EU taxonomy it’s very much about climate investments, directing financial flows towards sustainable activities” he adds.

“The EBRD’s own green ambition, to make more than half its investments green by 2025 – as set out in its Green Economy Transition (GET) approach 2021-25 – is very much in this third area.”

“The big challenge is to connect these three areas – and the EBRD is right in the middle of them all.”

The EBRD, long at the forefront of climate action, is committed to the Paris Agreement on limiting climate change. It also has its own climate finance commitments, enshrined in its GET 2021-25 approach, which is closely related to the definitions of the EU Taxonomy and reporting.

And it works through providing project finance to clients whose interest in climate finance may stem primarily from the impact climate change could have on their business.

As Mr Cronenberg says: “One role for the EBRD is to make sure that we are all talking about the same things and that we connect the dots. That’s a key challenge.”