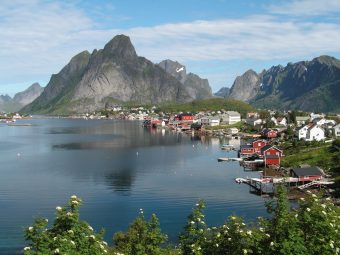 From being a UNESCO World Heritage Site to boasting the razor sharp peaks of the Lofoten Islands and emerald green fjords, it is easy to see why Norway is one of the leading lights in protecting our planet.

Given it only has a population of around five million, the country has surpassed expectations when it comes to climate change. Here are a few ways Norway is spearheading the safeguarding of our environment.

Norway will be climate neutral by 2030

Only a few months ago, Norway’s parliament approved a plan to achieve climate neutrality by 2030, two decades earlier than originally scheduled. It has put into action an accelerated programme of CO2 cuts and carbon trading to reduce emissions from areas such as the country’s oil and gas industries, which are likely to be completely removed from Norwegian life in the near future (recently, Ireland also signalled its intention to become fully divested from fossil fuels).

Norwegians are big on being the first to achieve a goal. Last year, the country’s leaders passed a ban on public procurements that contribute to rainforest deforestation – the only country to do so. It makes perfect sense when trees sprawl across the country. Norway also sponsors similar green projects in Brazil and Indonesia. Indeed, in 2010 Norway gave the latter $1 billion to save their rainforests.

In 2017, hydropower is now commonplace for Norwegians with around 275 stations built to date. According to the International Hydropower Association, they account for approximately 99 percent of all power production in the country.

A little behind their European peers’ levels of CO2 emissions, Norway is now upping the pace. With a plan currently in place, and waiting to be passed, the country aims to ban the sale of fossil fuel-based cars over the next decade, and have all cars running on green energy by 2025. As a current world leader in electric cars per capita – having just become the fourth country on the planet to have around 100,000 of them on the roads – the plans certainly seem realistic. Starting out as a means to carry on, the country’s capital of Oslo – which boasts around 14,000 electric cars – placed a two-day ban on diesel cars in January 2017.

Feel the wind, feel the power

Norway has set out an initiative to triple its wind power capacity by 2020, with a $3 billion investment in the sector approved back in 2013. In a push to support a non-oil economy, it also announced a strategy to build the largest onshore wind power project in Europe. Comprising of six wind farms – with a combined capacity of 1000 MW – the scheme will make it the fourth biggest in the world.

In fact, caring about climate change is so ingrained within Norwegian culture, they believe conservation is everyone’s responsibility. Certainly, the country is showing the world how to go about it. Now we all need to follow suit.